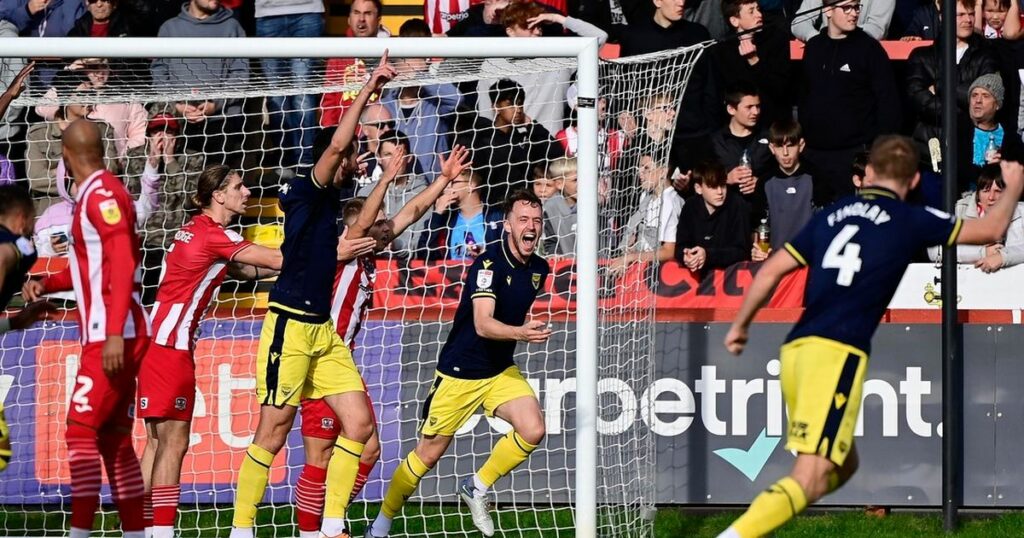 Oxford United and Exeter City square off at The Kassam Stadium on Saturday in a match between League One teams as they compete for a spot in the FA Cup’s third round.

The two teams in this cup match are separated by just one point in the third-tier standings, and the winners might face a Premier League powerhouse in the following round.

Last Saturday, Forest Green Rovers, who currently sit in League One’s cellar, traveled to Oxfordshire, and Karl Robinson’s team was heavily favored to win all three points and advance to the top half of the rankings.

James Henry gave The U’s the lead after just 20 minutes, but a second-half performance that Robinson characterized as his team’s worst of the season allowed the visitors to equalize and force a share of the spoils. A point was given to Oxford, who hardly posed a threat after the break, making the outcome quite generous.

Oxford’s league unbeaten streak now stands at six games after the stalemate against Rovers, however with four of those games ending in ties, Six points behind Barnsley in sixth place, United has failed to move up the League One standings, currently occupying the 13th spot.

Tim Williams, Oxford United’s newly appointed chief executive, has stated his goal to elevate the club to a top-30 status within the English game and to become a regular in the Championship. In order to learn more about recovery from Alpine’s sports science staff, club officials visited the Formula 1 team this week.

Oxford fans witnessed a different side of their club in that hard-earned victory at The Laithwaite Community Stadium in the first round, which is encouraging for Saturday’s second-round game despite being as far from the glitz and glamour of Formula 1 as possible.

Although Oxford is six games unbeaten in League One, they have not amassed enough points to compete at the top of the third division and last time out against Forest Green, they looked quite ineffective.

This season, Exeter has proven they have the firepower to easily survive, and on Saturday, it may be Brown’s brilliance that advances them to the third round of the FA Cup.