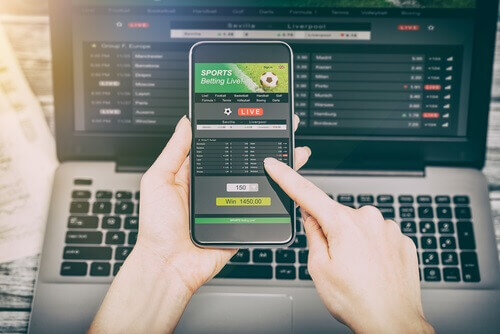 Now that the U.S. Supreme Court has ruled that states can’t ban online sports betting, we wanted to help Barron’s readers prepare for the rise of sports betting as the next big alternative asset class.

For the World Cup final match on Sunday, when Croatia will face France, the French are strong favorites. At the online bookmaker bet365 on Friday, it cost you 250 to win 100 on a French victory, while you had to risk only 100 to win 200 on Croatia. I left out the dollar signs on those odds because they can’t take Americans’ bets. The difference of 50 in the payoffs is the sports-bookmaker’s “vigorish,” which corresponds to the spread between Buy and Sell quotes that provide the profit for market makers in our financial markets.

For sports bettors, the Vig is more expensive than the spreads on a typical Wall Street stock trade. But the growth of online betting mostly illegal in the US has started to shrink the Vig below 10% in some places, which should eventually make betting a better deal for bettors. That’s what you’d expect, says Toby Moskowitz, a professor of finance at the Yale School of Management and one of the principals with the $226 billion hedge fund manager AQR Capital Management.

“When markets become more competitive, prices fall,” says Moskowitz, who was rooting for perennial disappointment England in last Wednesday’s match, because one side of his family is English. He’s typically more hard headed when he thinks about sports, as shown in the 2011 bestseller “Score casting” that he coauthored with Sports Illustrated writer Jon Wertheim, applying economic analysis to sports. A popular working paper by Moskowitz studied sports betting markets for the asset pricing anomalies that we know and love in financial markets.

As in the stock market, sports bettors suffer from psychological tendencies that create value and momentum opportunities. In the main, investors and sports bettors overreact to new information, such as a stock’s recent price moves or a team’s spell of bad-luck losses. “People tend to think that recent performance is a better predictor of the next game’s performance,” he says, “when, in reality, the long-term quality of the team is a much better indicator.”

To fight those tendencies, you should bet on a great team that’s recently had bad luck. Conversely, the odds will be overpriced for a team that’s enjoyed a run of good luck. So who does the professor favor for the World Cup final? “I’d like to see Croatia win, but I’d probably bet on France,” he says.

Moskowitz has studied betting on a number of sports, including the National Football League, Major League Baseball, the National Hockey League, and the National Basketball Association. While betting on all of them exhibited behaviorally driven mispricing that created value and momentum effects, the size of those mispricing effects was only about one-fifth the size seen in financial markets. At that scale, they aren’t large enough to overcome the transaction cost of the bookmaker Vig.

Transaction costs might shrink, Moskowitz says, if online betting volumes rise and bookmakers increasingly compete. A company dedicated to that proposition is London-listed Paddy Power Betfair ticker: PPB.UK, whose websites, like Paddy Power and Betfair, processed over $15 billion in sports wagers in 2017. Since we are a stock market publication, we should note that at 8,435 pence $111.59 a share, Paddy Power Betfair goes for over 20-times this year’s earnings estimate and 14-times cash flow. Revenue grew 13% in 2017, with about half of its revenue from online betting in Britain and Ireland, and about 20% from Australia and on-the-ground casinos. The U.S. is just 6% of revenue, but is growing fast.

Financial services veterans started Betfair and developed the world’s biggest online betting exchange. It’s like the eBay of sports betting. Instead of a bookmaker setting a “line” or initial odds and taking bets, you can bet against other bettors. Betfair exchange hosts wagers on dozens of different sports. There’s American football, cricket, darts, e-sports, greyhounds, and horses. Politics, too. There were around 200 million British pounds in matched bets on the 2016 U.S. presidential election.

“It’s not too dissimilar from the type of trading that you guys cover,” Kip Levin told me on Thursday. He runs the company’s U.S. operations. Paddy Power Betfair just completed a merger of its U.S. unit with the daily fantasy sports website operator FanDuel in the hope that fantasy sports will give it a smooth segue into betting on real sporting events.

Legalization of online sports betting will be a state-by-state affair. I am proud to say my home state of New Jersey has been the U.S. leader in modernizing gambling laws. Paddy Power Betfair also runs “retail” sports books on location at casinos and racetracks; on Saturday, it begins running the sports book at N.J.’s Meadowlands Racetrack. You’ll be able to bet on the World Cup final and other sports there. The company will start online betting in N.J. for football in time for the NFL season, followed by college football, pro basketball and hockey. The popularity of “international” sports like soccer remains to-be-determined, Levin says.

For now, Paddy Power Betfair will operate like a conventional bookmaker online. To operate an online betting exchange, the company will need that approach to be blessed in state legislation. Levin says the company would also like to see states enter into compacts that would allow the company to share its sports bet liquidity across multiple states.

Levin is hopeful, but cautious. “It’s going to take years and years for the business to scale,” he says. “It comes down to how quickly the states will allow the legal regulated market to compete with the illegal market.”

That may or may not be in time for the World Cup when it comes to the Americas in 2026.