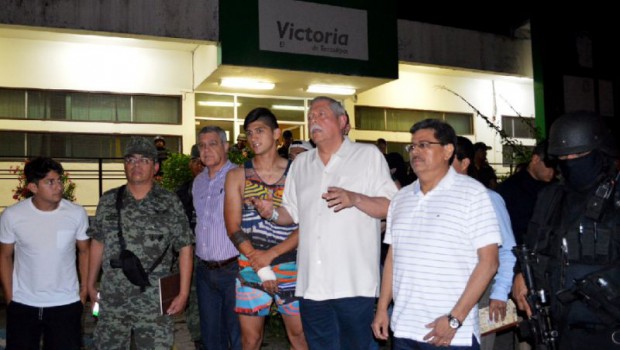 After a recent clash in the weekend party Police have registered case and found that more than 6 players of Washington State Football players were interestingly involved in the clash. Players who are in the sports should be role model to others. They are watched by many spectators, fans and supporters so they should be example for those who watch them and support them.

Then news about Washington State Football players involving in the clash at a party is shocking to the team and the members of the team in Washington. Police sources say that they are still investigating about everyone involved in the clash.

But as of now they confirm that there were many Washington State Football players at the party out of which six players are confirmed. Police say that they don’t want to make any premature statements before further investigation so the list of players involved in the assault will be released shortly.

The police sources say the name list of the players and other involved in the assault is given by the victims and witnesses so they will have probing to confirm who are all involved in this issue. It is sure that some Washington State University Players are involved and Police says that they will have discussion with the Athletic department and football department.

Actually the incident took place at a house that is located in Oak Street near Washington State University Campus. Some of the students involved in the party clash were suffering injuries, and wound.

A student named Rodriguez whose jaw is broken on many places and he undergoes reconstructive surgery on face. He is not allowed to take solid food and for six weeks of time from now he will take only liquid food.

The worst part is that the incident broke out when the Washington State University foot ball players were using firewalkers in the back side of the home where the party was taking place. The victim and witness say that the players threw the fireworks on the party attendees also.

Victims went to talk with the players who were throwing fireworks at the persons who are going for the party. When they were in argument suddenly there were huge clash that led the victims to suffer head wound and jaw breaking incident.

Rodriguez and other victims went to the players more than 2 times to stop throwing fireworks they continued without stopping. At the third time the players punched Rodriguez in the face and he collapsed down.

When he was lying down they kicked him in face which is the reason that his jaw bone is broken in many places. The mobile phone videos of the incident and other witnesses have been proving that there are WSU foot ball players who assaulted Rodriguez and his friends.