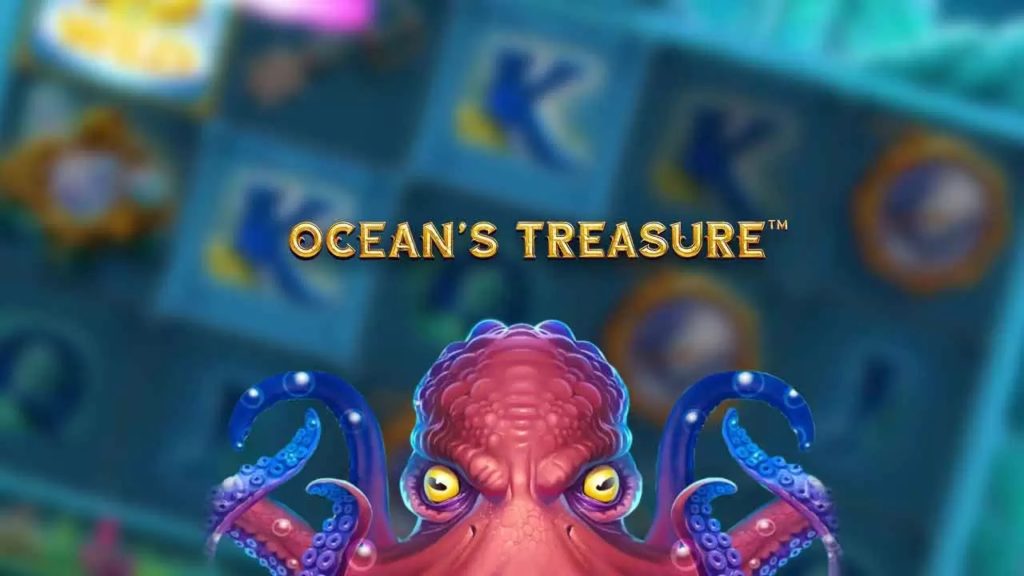 Take a journey into the deep and join the crafty Octopus as he reveals where all of the sunken treasures are buried, it’s up to you to collect them.

Octopus Treasure is a fun, fast 5×3 video slot, with multiple features to help players bag themselves a wins and unearth the greatest prize of all, the Treasure Chest.

Various sunken treasures represent the game HPs; a pile of gold, silver trinkets, a bag of bronze and clay pottery pieces, while the LPs are the four card suit symbols.

Base game wins are obtained by matching three or more identical symbols along the 20 fixed paylines.

To help create those wins, there is a Wild symbol that will substitute for any HP or LP symbol on the grid. The Wild is a colourful coral from the ocean depths

The game has two Scatters, a standard Scatter to trigger the Re-Spin feature and a Wild Scatter that can substitute for any HP or LP symbol and also triggers four great bonus features; Wild Coins, Gold Pile, Treasure Grab and Wild Reels.

The standard Scatter is an ocean pearl, and the Wild Scatter is a key, which will activate one of the four bonus features if it lands on reel three along with a treasure chest.

Once this feature is triggered, before any wins are paid out, players must choose three coins from six to reveal HP or LP symbols. The symbols selected will then be upgraded to Wilds, if they are present on the reels and any wins will then be paid out.

In this feature, the Octopus will upgrade all HP symbols on the reels into the most powerful HP, the pile of gold.

This will continue until no more HPs are in the grid, and then players will be paid out according to how many of each HP are collected.

Players must choose from five clay pottery symbols, and it will turn one of the reels into a stacked Wild. There is also a chance for them to get another pick.

Landing Scatters on reels 1, 3 and 5 simultaneously will trigger Re-Spin Mode. This will give the player three re-spins where only Wild Scatters or empty spaces will land on the reels.

Each time a Wild Scatter lands on the reels, it will be sticky for the rest of the spins; each one represents one of the Bonus features from the base game. After the three spins, the number of Keys will determine how many free spins the player will receive.

After the re-spins, Free Spins will begin. After each free spin round, one of the collected keys will trigger a bonus feature to play out on the reels.

If a Wild Scatter lands on the third reel during free spins, it will award the player an extra free spin and another key, and the feature will end once all the keys are used.