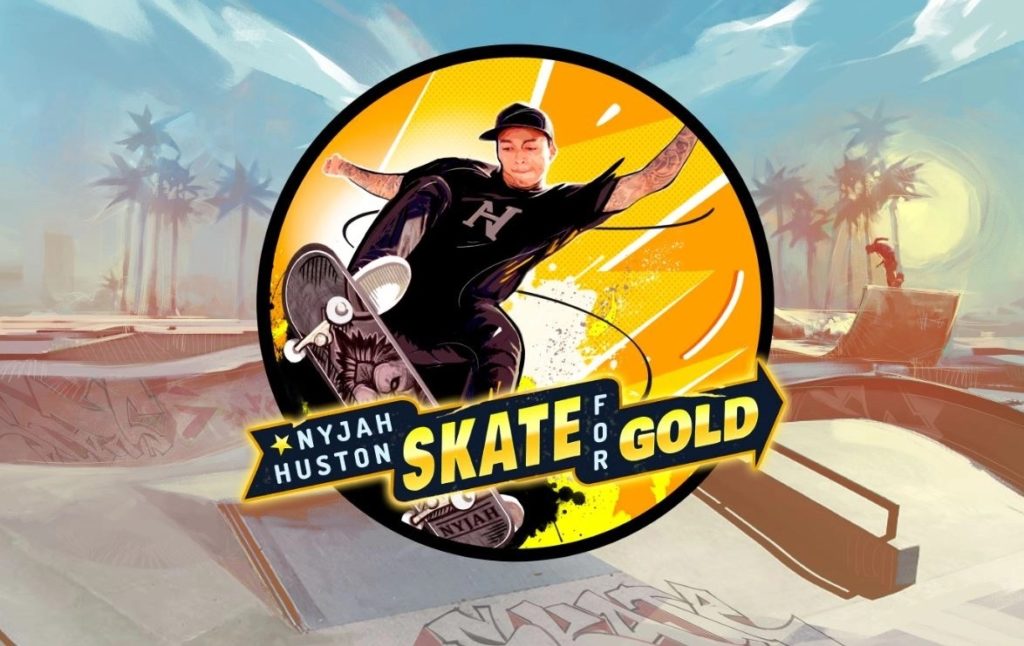 Nyjah Huston – Skate for Gold is a 5-reel video slot that focuses on Nyjah Huston, skateboarding World Champion and one of the most influential athletes ever to pick up a board. The game includes two fun features that tie in strongly with its theme.

Nyjah’s likeness represents the HP symbols for this game. The HPs are a picture of Nyjah and four ‘trick HPs’, various action shots of him on his board performing tricks. The LPs are the letters S K A T E designed to mimic the street art that is a massive part of skateboarding culture.

The Wild is a stylised symbol that can expand into a skateboard and cover a whole reel; it may even turn into a golden Wildboard with up to 10x multiplier added to its value.

Combining at least three identical symbols on the game’s ten paylines will grant players base game wins but, both the HP and LP symbols are responsible for unlocking the game’s unique features.

This feature can be randomly triggered during the base game. One of the trick HPs will be chosen and, if it lands on the reels, it will trigger a cool animated sequence where Nyjah himself will ride across the reels, leaving Wilds on the grid. One of these Wilds will expand and may transform into the golden Wildboard with up to a 10x multiplier that will be applied to any wins it creates.

The LP symbols trigger the second feature. If players land the LP symbols on the reel, in order, to spell out the word SKATE, it will unlock the free spins feature. When the symbols land on the correct reel to trigger the feature (S on reel 1, K on reel 2 etc.), they will be golden in colour.

Once SKATE is triggered, Nyjah will have to perform three tricks in a specific order, to pull off the perfect combo. If he succeeds then, this will unlock the Wildboard feature!

Once a player achieves the combo and unlocks the Wildboard feature, they will also be granted two additional free spins

Payline wins; coins won are divided by the amount of coins staked (10).