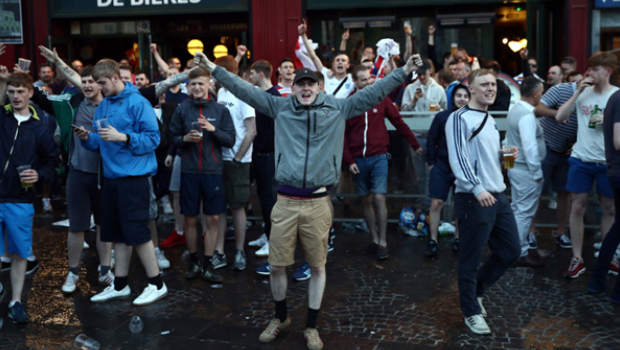 Nuisances of football fans in France

Since the beginning of Euro 2016 tournament, England and Russian fans are being the highlights in French Medias. Fans of both teams are involved in violence and created serious troubles in the event location.

French government and police are very much frustrated with the worst behaviour of these fans. Though they try a lot to control them, the fans do not follow the orders and they start fighting with each other often. It is reported that the Russian hooligans are the main reason for all the mess and they are voluntarily fight with the fans of other team.

Apart from the violence in the streets, the Russian hooligans have created many problems inside the stadium. Medias have covered the incidents while some of the Russian fans have thrown flares into the pitch and disturbed the match. In fact, some of the fans have been arrested by the police and they got severe jail punishment.

As the severity of violence is increasing day by day, UEFA has warned both teams and they declared that if the fans continue public nuisance, both England and Russian teams will be thrown out of the tournament.

After hearing this Russian football committee has announced that they are investigating about the events happened in France and they will take the needed action to stop all these nuisances.

But UEFA was very much frustrated and the Russian team is disqualified from the tournament. Moreover, the team has to pay $118,000 Euros fine. This is being a very bad situation for the Russian team and they are facing the consequences for their fans mistake.

Similarly to Russia and England, Croatia fans have also created a problem in the match between Croatia and Czech Republic. They have thrown flares inside the ground and disturbed the match. Now the Croatia team has also been warned and they may also be disqualified if the Croatia fans continue these activities anymore.

Recently Ireland has also joined the list. The fans of Ireland have mocked a nun by singing songs in the train. Also, the entire Irish football fans have gathered in a place and created a mess in the street.

Meanwhile some of the Medias have covered some Irish fans helping an old couple in changing car tire. Likewise many things are happening in France and the authorities do not know what to do to control all the nuisances.