Novomatic Group in distress – gaming machines have been illegal

Novomatic Group in distress – gaming machines have been illegal 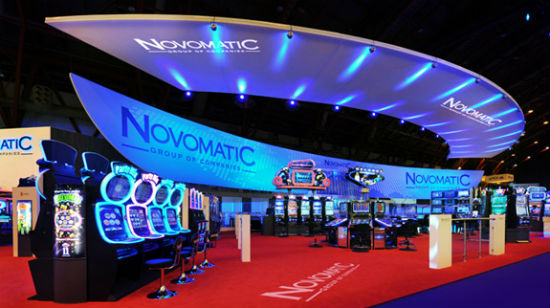 Bad news for the Novomatic Group in Lower Austria (Novoline game machines). The Administrative Court in Vienna has now decided that the assumption of illegal game machines in Vienna was correct before the ban on vending machines. With this confirmation from the administrative court, it has now been established by court that the Novomatic machines have violated the law against the ban on the machine. For Novomatic this should be a blow to the stomach area and bring the group in the players’ complaints in distress.

Novomatic is further affected by the Vienna Administrative Court. The court ruled that Novomatic games machines had violated the Austrian law on gambling, although the judgment refers only to the time before the vending machine ban. With the help of the financial police, the court has tested Novomatic games and concluded that these machines did not comply with legal requirements. This is particularly striking because the judgment of the Administrative Court of Vienna is also legally binding and Novomatic can no longer proceed against it.

It is clear that Novomatic sees the whole thing a bit differently. And at least one argument from the Lower Austrian group cannot be countered. Novomatic is of the opinion that everything was quite correct, since finally the authority also approved the game machines. And precisely this license for the toys has even been judicially proven in several proceedings. Since one can understand it already that Novomatic the now precipitated judgment is not so good at all. Finally, the authorization authority failed in the end, apparently granting a license for the game machines despite deficiencies and violations of the law.

As early as January 9, 2015, the financial police carried out tests in the gambling business. This was shortly after the entry into force of the ban. The officials clearly stated that the statutory regulations on the stakes and maximum winnings were not respected at Novomatic games machines. Among other things the “Viennese cubes “, the “Action Games” and the automatic key on the game devices were checked. There, the financial police came to the conclusion that it was veiled there that the players not only played more than a maximum of 50 cents, but could also win more than the maximum amount of 20 euros. This was a breach of the legal provisions, as the Administrative Court had already stated in May 2016.

At the test matches the financial police were able to play with more than 50 cents. Thanks to the specific and pre-set game functions, this was quite easy to implement. Thus, the actual game use was veiled in front of the customers. And in the case of the action games, which the players can win in the game, the Court considers that it is nothing other than “covert money-making promises to win”. Finally, 0.10 euros are still debited, and it is suggested that this is an independent game, but this does not correspond to the facts.

Judgment can be backwind for the players’ suits

Neither the Advisory Board Council nor expert opinions could convince the Administrative Court of Vienna of any other opinion. Perhaps that was the decisive point, why the defendant operator did not go into revision and the judgment is now legally valid. Although Novomatic was not involved in this procedure, the judgment could nevertheless lead to the nibbling of Novomatic. After all, there are still various player charges against Novomatic. And the plaintiff’s attorney, Peter Olzberger, as well as the automaker Thomas Sochowsky, see the judgment of the Administrative Court very positively. Thus the complaints would have more backwind, so this judgment could have a positive effect on the plaintiff, particularly on a case which currently lies with the Supreme Court.