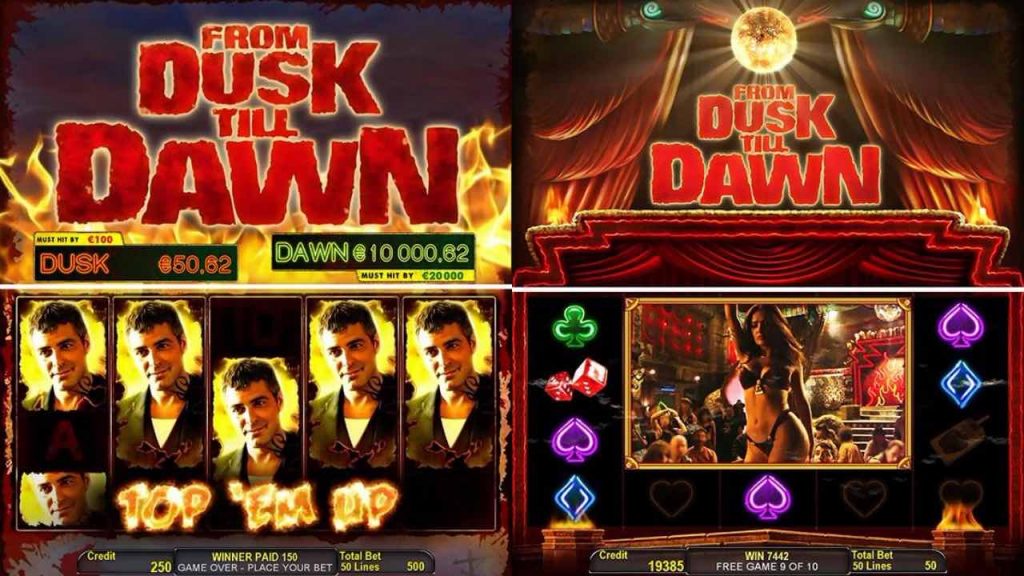 A slot machine full of bonuses

Novomatic, the mythical developer so often copied (not to say falsified), has developed a slot machine celebrating the cult movie From Dusk Till Dawn. While waiting to have a playable version, know that the game is sober and includes the symbols of some of the main characters (including Quentin Tarantino, Georges Clooney and Salma Hayek). 50 paylines are available.

Many features have been incorporated into this slot, starting with the wilds symbols and the earnings multipliers. The wilds can play the role of joker to find a winning combination and it is possible to collect multipliers up to x25.

Among the bonus games, find On the Run, Cash Explosion and Everybody Be Cool. The On the Run bonus allows you to turn several random symbols into wilds, which is ideal for raising your cash reserves. Everybody Be Cool turns all character symbols into Seth’s (George Clooney), which is the most lucrative symbol of the game. Finally, Cash Explosion can award you a winning multiplier if the amount earned on the spin is greater than the amount. That you bet.

From Dusk Till Dawn / A Night in Hell is a slot that revives the cult movie of the 90s, featuring the sensual Salma Hayek and the crazy Danny Trejo, who will later be known as Machete!