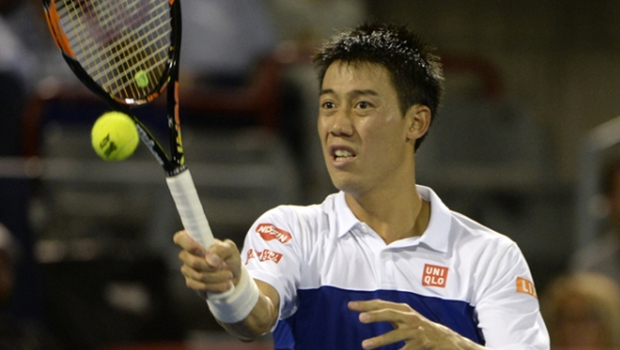 The Japanese Kei Nishikori, seventh in the ATP rankings, said today to be concentrated on improving his tennis and unconcerned about the level of its rivals in the Mexican Open which starts on Monday in Acapulco.

“I’m focused on my tennis, not rivals, is what I can control,” he said in an interview with Efe the 26-year-old who has come as second favorite to Acapulco, where he will debut tomorrow against a player qualifying tournament.

Nishikori came to Mexico after winning the final of Memphis on Feb. 14, his eleventh title as a professional and the fourth row in the American city, and is considered a natural candidate to contest the scepter.

“I lost last year’s final against Spanish David Ferrer, but now I feel strong and I can do well,” added the Japanese, originally from the city of Shimane.

Nishikori is one of the players most improvement on the circuit in recent years, and last season was among the four best in the world and now seeks to recover positions.

“I dream one day be number one, but for that I have to improve many things, I strengthen myself physically, I need to gain precision and make other changes, now best, Novak (Djokovic) he goes through his big moment,” he said.

The son of a piano teacher and an engineer, started playing five years and at 14 moved to Florida in the United States, where he started from scratch without knowing English and grew gradually to become professional in 2007 .

Today is one of the best players in the world with a good ‘drive’ right and personality on the court; in 2008 he won his first title in Delray Beach and since then sum 14; in 2014 he reached the final of the US Open, his best result in a Grand Slam.

“Being professional is hard, the circuit is demanding, but I keep focused and hope to improve more, Acapulco is an excellent tournament, with courts in good condition and the hotel next to the stadium, I really like playing here,” he said.

Although it will search the title at the Mexican Open, the Japanese also take the tournament as preparation for the two Masters of March 1000, Indians Wells and Miami, where he will seek first-name terms with the best players in the world.

Halfway through this season the Japanese have one of its main challenges, the Olympic Games in Rio de Janeiro, where, he says, will not be impossible to win a medal.

“The Rio Games are very important for me, Japan will compete with a strong team in several sports. Winning a medal will be difficult, but when you are among the best anything is possible,” he said.

If the Japanese win tomorrow on his debut in Acapulco, in the second round he will face the winner of the match between American Sam Quearry and Israeli Dudi Sela.

“They are all high level, I’m going step by step,” he said Nishikori.