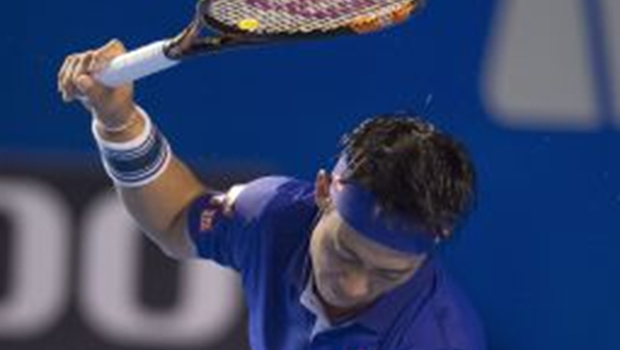 Nishikori Ferrer and fall in the second round in Mexico

The elimination of the first two favorites in the men ‘s draw, the Spanish David Ferrer and Japanese Kei Nishikori, and the withdrawal of Azarenka Russian, top seed in the women, led a Wednesday ‘black’ for the favorites of the Mexican Open tennis . Ferrer was beaten by 6-4 6-4 by Ukrainian Alexandr Dolgopolov, 32 echelon of the ATP, who showed great effectiveness in the service, he rose from a break in the second game and from there took the initiative. less than two hours after American Sam Querry relied on his powerful serve to defeat by 6-4 6-3 by Japanese Kei Nishikori , second favorite. Removing both left the box men without five of its eight seeded players if the Croats Marin Cilic (3) and Ivo Karlovic (6) and Frenchman Jeremy Chardy (8), disposed on Tuesday joined. On Wednesday the Austrian Dominic Thiem, fourth favorite, won by 6-7 (5), 6-3, 6-4 win over Russian Dmitry Tursunov, the Australian Bernard Tomic , fifth, eliminated by 6-4 6-4 to Frenchman Adrian Mannarino, and Bulgarian Grigor Dimitrov , seeded seventh, eliminated American Donald Young, 6-3, 6-4. in the women also left out several favorite quarterfinal, including the Belarussian Victoria Azarenka , first favorite withdrawn by a wrist injury, and Britain ‘s Johanna Konta (4) , defeated 4-6, 6-2, 7-5 by Croatian Mirjana Lučić-Baroni.

A black Wednesday lived in Acapulco. The worst fears of the organization were implemented in one day and Kei Nishikori joined David Ferrer and Victoria Azarenka as a new removed from the Mexican Tennis Open losing to Sam Querrey 4-6 and 3-6.

Sayonara, Kei Nishikori – jackpot bet online reports about the Japanese player who had hard times on the Mexican open.

The Japanese player could not with good service Querrey and lost in two sets with the US. Acapulco remains without its stars.

Querrey was clearly superior to Kei Nishikori in the acapulqueña night. With little flashes of Andy Roddick, the US was strong with -a more than 210 km / h-, his serve with powerful returns and quick footwork.

While sterile Kei Nishikori saw any chance of success because of greatly failed in his first service-only a 44% yield on serve in the first instance and could not return greatly Querrey powerful kicks. The public was upset, a little Japanese and a little to the US, to the point that jeered the elimination of 6 ATP.

Acapulco now suffers from the absence of his second top seed and is already out of the competition for the best three encumbrados in the draw, with Ferrer and CIlic-, so Dominic Thiem and Bernard Tomic are the new favorites to win the tournament, though on the court are other things and do not forget to Dolgopolov and Querrey, the veruos principaes this black Wednesdays.