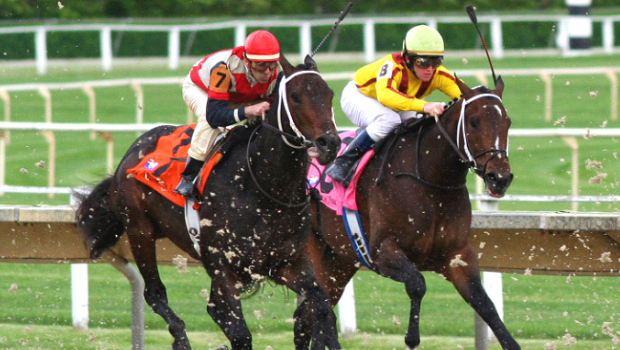 Newmarket – a new horse racing betting boom on the market

“If the gambling is a thrill, and the drink is the fun, then the cocaine is the fuel, because there are not many toilet cisterns in Newmarket that have failed to resemble the sleek slopes of Mont Blanc on a Saturday evening. Charlie is not merely the name of the stable cat,” wrote Humpleby.

Newmarket has had to fend off such allegations before. Kieren Fallon, the six-times champion jockey who was banned twice for failing a drug test, claimed in 2009 that there is a drug abuse problem within the sport and, more particularly, within the extensive racing community in Newmarket.

“Newmarket has the highest rate (of drug use) for its population in any town in England,” Fallon told the BBC’s Inside Sport programme at the time. “I know there is [a drug problem in racing]. I don’t know what can be done.”

In 2005, the suicides of three stable staff linked to alcohol and drug abuse led to the establishment of the Newmarket Racing Partnership (NRP), funded in the main by the Racing Welfare charity. However, in the four years after the NRP was set up, five more Newmarket grooms had killed themselves.

While many may question the accuracy of Fallon’s claim, there is agreement that Newmarket poses particular problems.

In rallying to the defence of his racing secretary, Varian told the Racing Post: “Chris enjoys Newmarket, and enjoys working in the town. What he’s written isn’t intended as a slur on Newmarket and he sees plenty to like in the town but, while these problems exist all over the country, racing is a labour-intensive industry and Newmarket has many more vulnerable young people living away from home… while Chris’s article has split opinion in Newmarket, it has raised an issue and got people talking – and that’s productive in itself.”

Brough Scott, the chairman of theawards’ judging panel, said he fully expected the article to cause a ruckus and praised Humpleby: “He was at Racing Post and he strikes you as anything but a sensationalist bloke. If it was all completely rubbish it’s up to John Berry to prove it.”

In his citation for the award, Scott said: “Encouraging contestants to express themselves in print is the central point of these awards and this year’s winners did that splendidly. Especially the under-26 winner, Chris Humpleby, whose challenging tale of an insider’s view of Newmarket’s unhappier side deserves reading and answering.”

Humpleby said he feels “a bit black and blue” after being on the receiving end of Berry’s intervention, but stands by what he wrote.

“It wasn’t simply about the drink and drugs side of things,” he told Racing Post. “It was about the opportunity to educate young people here and broaden their horizons. A lot of people in racing know only about horses … I think racing has a responsibility to show them there is more out there.”