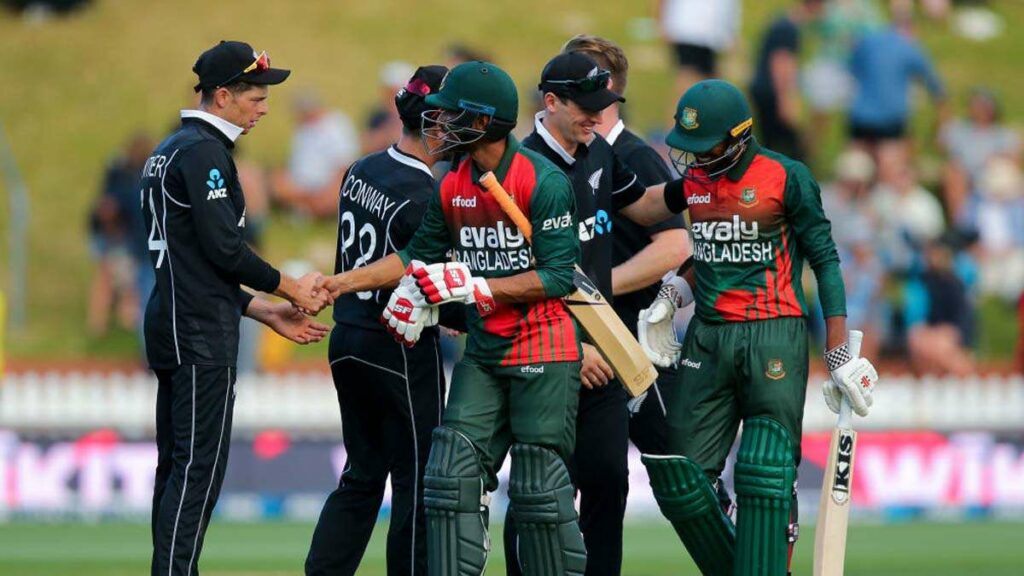 After losing in one day and the T20 series, now Bangladesh has only one chance to finish the bad era of past cricket. Bangladesh did not win a single match against New Zealand in New Zealand. It is a bad fact and figures for the viewers of cricket. On the other hand, they must have to know the responsibility in a short format. In the last game, the skipper did not have information about winning scores on the board. I am here to leave useful detail about the two teams.

Bangladesh skipper won the toss to bowl first. But, this decision proved wrong at the end of the day. New Zealand posted 173 runs in 17.5 overs due to rain in the game. Phillips posted 53 precious runs on the board to remain alive in the game. On the other hand, the Bangladesh team did not have quality players in the team. All these things allowed the hosts to make 173 runs. When Bangladesh started the innings, they needed 170 runs in 156 overs. Some of the cricket said that the players of Bangladesh failed to understand the winning total in the game.

Bangladesh team started to chase the target of 170. Soumya Sarkar blasted too many boundaries in the initial time to gain real momentum. But, no one stands there to create any hope to win the game. He made 51 runs on just 27 balls. With time in the 1st innings, the net run rate increased to 13 almost. The skipper of the team tried his best to overcome it. Adam Milne took 2 wickets in an over and ended all the hopes of Bangladesh. These are the main reasons to face another defeat in a do-or-die game. So, the final game only has one purpose: to get rid of the clean sweep.

Every prediction and tip is always based on the previous facts and figures. We have seen the real outcomes in the last 22 years. Bangladesh is still hoping to win a single game in the coming days. They have a final chance to do better than in the past. Here is the final announcement about the winner of the game.

We have not multiple predictions about the final decision of the game. New Zealand will win the final game of the series. Only a miracle and rain can give relief to Bangladesh. No doubt, a single man may change the side of the game at any time.

If you have some knowledge about cricket, then it is not a big deal to announce the final winner of a series and game. NZ players are still hungry to blast the bowlers of Bangladesh in the final contest. You must have to stay away from the scammers on the internet. If you do not agree with us, then you may go to any other spot for more useful predictions about the game. But, I think you will just waste your time.