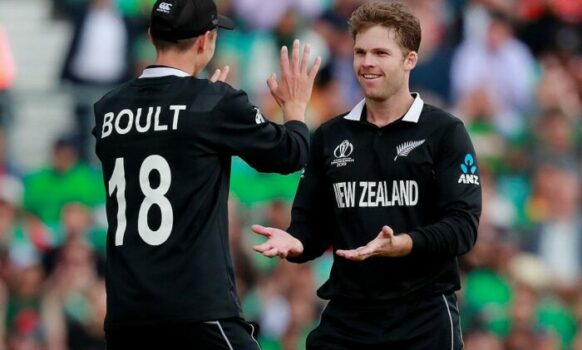 New Zealand and Afghanistan are going to face each other in the ICC T20 World Cup 2021. We know that Afghanistan also made the place in the final 8 of ICC World Cup. their players played good cricket in months. I am here to assist you with the head-to-head, latest performance, predictions, squads, betting odds & tips, statistics, and other related information.

I have checked that both the side played only two games in the short formate. New Zealand remained undefeated two times. It means that Afghanistan failed to impose any pressure on New Zealand.

Kane Williamson is the skipper of the New Zealand cricket sides. Time Southe will be the vice-captain. Ross Taylor and Colin Munro were excluded from the final squad of New Zealand. All the leading players succeeded in taking place in the last team. If we talk about Afghanistan, then Rashid Khan is happy to lead the side. Mujeeb, your Rehman, and Muhammad Nabi are the best stars from the side.

New Zealand has a 70% chance to win the game. Only the magic balls of Rashid Khan and Mujeeb ur Rehman may stop the team from winning. It is not easy for New Zealand to face spin bowling.

In New Zealand, Kane Williamson, Guptil, Ish Sodhi, Neesham, and Southe are the major players. Rashid Khan, Mujeeb, M Nabi, and Hazarat Ullah Zazai can create the history for the side.

New Zealand will win the match easily. If the openers of Afghanistan stay on the crease for eight overs, then the result can change. The Afghanistan bowlers also need to pick early wickets of New Zealand.

Date and Time of Match

The match between Afghanistan and New Zealand will start at 2 PM on 7th November 2021. It is an Indian standard time.

According to the latest news and updates from different official sources, New Zealand picked a higher price rating than Afghanistan. If Afghanistan’s star played shows magic performance, then New Zealand may fail in the game.

Both sides picked a lot of games before the ICC T20 World Cup 2021. New Zealand played versus Bangladesh and created a good result. At the same time, Afghanistan failed in the last series versus Pakistan in Sri Lanka.

If you have any information about the T20 cricket, it is not a big deal to win the prediction. According to the experience, New Zealand is looking more string side than Afghanistan. No doubt, the AFG also has the major players to change the side of the game at any time. The weather and pitches conditions will also favor the Afghanistan team. All the information has been taken from official sources. Let’s see which is the better side at the end of the day.