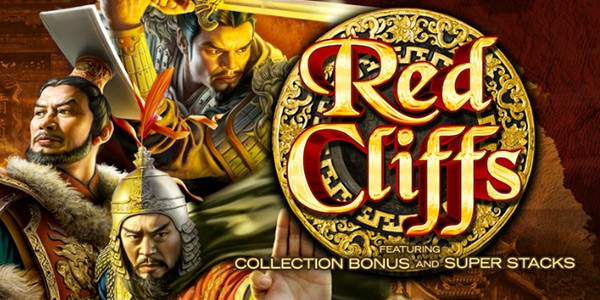 Not wanting to stay on the sidelines of the innovations registered in the universe of the bet, Pragmatic Play is illustrated by launching the slot machine 3 Kingdoms: Battle of the Red Cliff.

Although it is not as popular as other casino software providers, Pragmatic Play still occupies a prominent place in the hearts of gamers thanks to its high quality titles such as the 3 Kingdoms slot machine: Battle of the Red Cliff. This new production with 5 reels and 25 pay lines launched only on April 25th has everything to achieve incredible success because it integrates everything it takes to allow you to have sessions both entertaining and lucrative. You are invited to visit the Far East and discover its rich culture to earn money. Are you ready for the adventure?

Slot Machine 3 Kingdoms: Battle of the Red Cliff: Back to Warlords

Even if you’ve already tried several titles that deal with the Far East, very few of them feature the power and bravery of warlords, as is the case with the 3 Kingdoms: Battle slot machine Of the Red Cliff. Indeed, this title gives you the opportunity to rediscover the rich and exciting history of ancient China, and allows you to remember the highlights of one of the most popular naval battles delivered by valiant soldiers. The interface is rich in color and presents superbly designed symbols that fit the theme. Among them are three soldiers, Cao Cao (blue), Liu Bei (green) and Sun Quan (in pink), who give the highest winnings of the game. After them, there is a warship, a sword and a shield, a helmet (which offer average payments), as well as icons of poker cards ranging from 9 to Ace which grant the lowest jackpots.

Kingdoms: Battle of the Red Cliff

Pragmatic Play, conscious of its own challenge of offering high-quality titles, did not skimp on the means to integrate spectacular features into its production. Thus, apart from the wild symbol represented by the red banner marked Wild, you will also be entitled to a scatter symbol that triggers a part of free spins when it appears 3 times simultaneously on rolls 1, 3 and 5. At this level, You will have to choose from 3 options (Vanity, Intrigue and All-out War), each granting between 5 and 20 free spins. However, the main attraction on this entertainment option is the presence of two different gauges at the top of the interface. The first adds a point to your balance whenever the 3 most lucrative symbols of the game appear simultaneously on the reels, while the second indicates the value of the amount to be won at each spin. When you succeed in totaling 40 points on the first gauge, you trigger the Spoil of War Bonus game, during which you will have to make choices to win winnings ranging from 2x to 200x your bet.

Play the 3 Kingdoms Slot Machine: Battle of the Red Cliff on Bitstarz Casino

Despite its low popularity, Pragmatic Play has succeeded in winning the trust of several well-known establishments that offer its titles to bettors. If you want to enjoy the new 3 Kingdoms: Battle of the Red Cliff slot machine and experience an experience worthy of the name, we recommend that you sign up for Bitstarz casino . This well-established betting site offers newcomers great incentives including a no deposit bonus of 20 free spins and a welcome bonus of 500 € plus 180 free spins that you can claim to play for a long time and win big.