Posted on January 21, 2015 by Admin in New changes in the Vikings, NFL 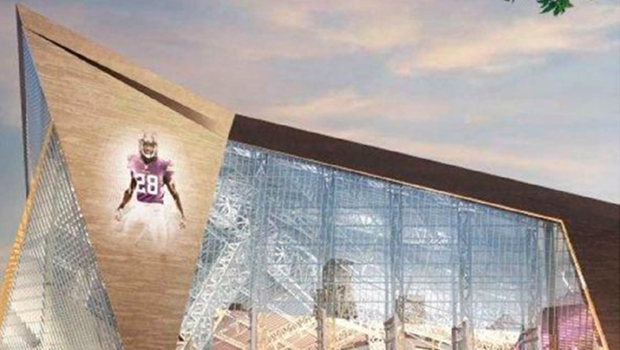 New changes in the Vikings’ plans for their stadium

The Minnesota Vikings sports facilities authority manages Michele KelmHelgen said on Friday that these are the estimated costs and time consuming calculations that her team stuff did before announcing the final results on Friday. She together with her stuff are aware that the migratory birds will have one less sport to rest in their travels that they are doing twice a year, and that may be a problem for them. The birds are looking for a green area to land and chill a bit before continuing their long flight south and back when the season is over. On top of that, it could cost the Minnesota Vikings something around $60 million, or as she said from$25 million to much more than $60 million, but that should be the final cost, when you look at how many people are working, the subcontractor plus four to six months of work.

There is an optional glass that’s friendly for the birds and could cost less because it is with rotation windows and allows air and birds to go inside, but it can be done for more than 25 weeks and that is another season for the Minnesota Vikings outside of their own stadium. That is around $10 million for the NFL for renting the current stadium that they are playing at, and that money may not come from tickets and game winners according to KelmHelgen.