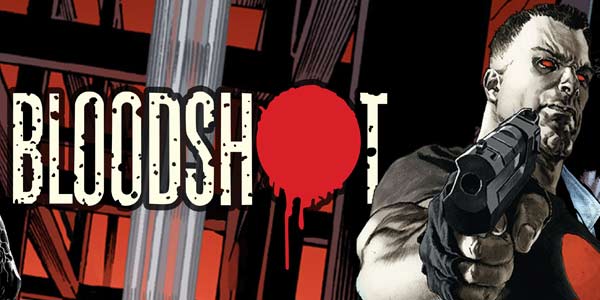 The new bloodshot slot machine is based on Valiant Entertainment’s famous and award-winning comic book. The association of the software developer Pariplay and this publishing house of comics has resulted in the design of this innovative title that incorporates HTML5 technology. This gives players the ability to enjoy it on all devices, including PCs, smartphones and tablets. The game includes free spins, multipliers and an extensible and sticky joker. Players will also have a redistribution rate (RTP) of 95.08%.

Bloodshot is one of the most popular comic book characters of the last two decades. More than 100 issues in this series have already been sold, with total sales reaching more than 7 million copies in several languages ​​around the world. The software vendor Pariplay has remained faithful to the original comic book story of a former soldier with superhuman strength, regenerative power and ability to change form. This soldier seeks revenge against the government agency and the organization that transformed it.

Featuring gorgeous visual effects that have been designed in bloody style and perfectly homage to the original masterpiece, this 5-reel, 25-line slot machine also features a superb soundtrack that plunges players into the ‘action. It also incorporates jokers that appear randomly during the game, as well as a bonus wheel that assigns multipliers or triggers one of the two free spins. The range of bets here is between 0.40 and 40 € per rotation, and among the symbols that you will see, there is an armor, grenades, an arsenal as well as four characters drawn from the comic. The most lucrative icon is that of boss Don Gino Canelli. If you manage to get 3, 4 or 5 symbols of the kind on a paylines, you will pocket 60, 140 or 1,500 coins respectively.

There is also on this title a wildcard that can appear anywhere on the reels and replace all other symbols, except the bonus icon. Obtaining 3, 4 or 5 icons of the kind on a paylines grants respectively 100, 250 or 2,500 coins. At each rotation, a nano robot may appear on the rollers and leave a random number of additional jokers on its way, which can play their role during the next rotation. Bloodshot itself represents the bonus symbol of the game, and if it appears 3, 4, or 5 times anywhere on the reels in a single rotation, you will trigger the Bonus Wheel feature at which you will have to turn a wheel. Depending on where the cursor stops, you’ll get either a multiplier applied to your total bet, or one of the two free spins, “Wild Nanites” and “Blood Shot Attack “.

The game is available in several languages, including Simplified Chinese, German, Swedish, Portuguese, English and four others. This title has been certified by the UK Gambling Commission, the Gambling Supervision Commission of the Isle of Man and the Gaming Authority of Malta.

Pariplay Ltd CEO Adrian Bailey said: “We are delighted to offer Bloodshot®, our latest video slot, following the launch of our various Atari brand casino games in 2016 and Of the first quarter of 2017. Bloodshot is one of the most popular superheroes of comics. We are confident that the new slot machine, which pays tribute to the original comic strip and which also offers superb real money betting sessions, will be a phenomenal success.

The President of Valiant Entertainment’s productions, promotions and sales advertisements, Russell Brown, commented, “Bloodshot® is one of our most famous comic heroes, and it is highly regarded all over the world. We are delighted to see that Pariplay has developed an outstanding video slot that will bring the character to life and enable Valiant to reach a new audience with exciting gameplay and superior graphics. ”

The new bloodshot slot machine will attract all comic book fans, and even if you’re not one and you’ve never been interested in the BloodShot comic, the extra features in it are worth a look. We recommend that you take a look at the casino Omni Slots to try out this great game.