Posted on February 5, 2015 by Admin in Football, Neuer misses next match 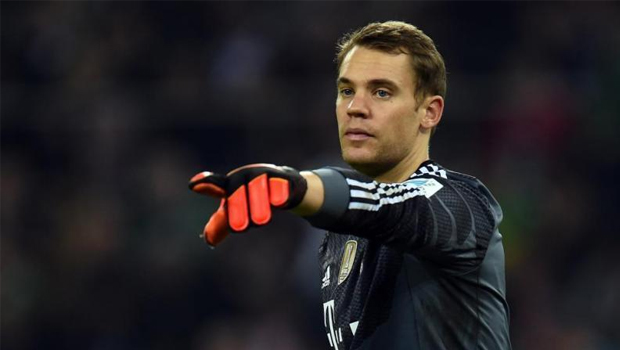 After having a really fine and as expected a clean sheet game against Gibraltar in Nuremberg, Manuel Neuer will miss Germany’s next match due to knee problems. He had some difficulties on the last match and after it, and doesn’t want to risk any serious injury, he will be nowhere to be found on the field in Germany’s clash against Vicente del Bosque’s Spain. For the duel between the current and the former world cup champions in Vigo, the Germany coach has two choices; he can go for Borussia Dortmund’s Roman Weidenfeller, or for the Hannover goalkeeper Ron-Robert Zieler. Germany coach Joachim Low said that he would love to go with his team’s best player, but doesn’t want to risk any serious injury and lose Manuel for the duels ahead. He added that he has two brilliant goalkeepers such as Roman Weidenfeller and Ron-Robert Zieler on his side and that he has full confidence in both of them as they deserve an appearance against Spain.

Don’t forget to chech the sports online betting as the prices are high if you win the jackpot.

Spain will have a duel with Belarus on Saturday before going back in VIgo for this awesome match.

Predictions for this game is that although Spain are former champions and are in great form, nobody can compare with the powerful Germany who played with Gibraltar like little kids and could have scored 20 goals.

While we are in Germany, we will mention about the player that everyone can agree deserves more chance to play in his team. We are talking about Arsenal’s Lukas Podolski, and the rumors that come along with this player are that he will move out of the North London club in the fastest transfer window possible, this winter.

After the Germany’s 4-0 win against Gibraltar ion Friday night, Lukas Podolski gave an interview and he did not hesitate to throw few critics for his club’s manager Arsene Wenger for not giving him enough chances in the English Premier League.

He said that he barely made any appearance in the last four months, and that in the winter he has to sit cold, tuck in his coat and warm himself with his hat and scarf to watch the others play. He would like to show the team, the fans and his coach what he is made of, but he was barely given any chance last months.