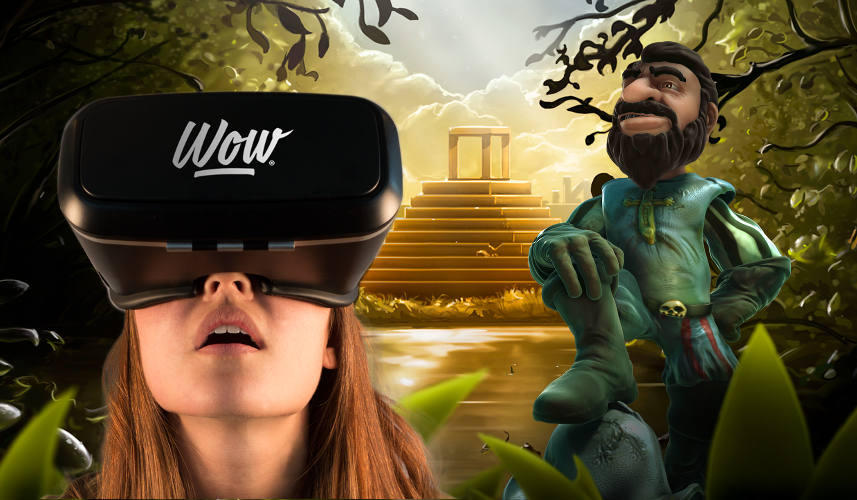 Netent is one of the world’s largest casino gaming companies. As such, it should be remembered at key gatherings of the online casino industry. Recently at ICE 2018, the developer has still made strong with several announcements, including releases in 2018 slot machines Vikings and Narcos. But it is with all of his stand and his projects for this year that Netent has once again everyone agrees.

Big impression of Netent this year

Like every year, the ICE London Conference was a must-attend event for the online and land-based casino gaming industry. Last year, Aristocrat impressed us the most with his multiple slots. This year, Netent has attracted the attention of all visitors!

Their stand was a concentrate of new upcoming products with blockbusters ( Jumanji , Narcos , Vikings …), new features on the Live Casino and an advance on virtual reality games. Netent is a pioneer in VR (virtual reality) and finally has a finalized version of its title Gonzo’s Quest.

We tested this finalized version, which is undeniably a step forward compared to what we had seen in previous years (at Netent and Microgaming mainly). Gonzo’s Quest VR will be available this summer and it’s a safe bet that SlotsMillion casino will be one of the first to offer it.

“As a pioneer in the virtual reality industry, Netent has been at the forefront of the gaming industry since the beginning of 2016. Netent is constantly exploring new ways to develop and distribute games. And think that VR has the potential to become an important vertical in the future. Said NetEnt’s CEO per Eriksson during ICE a few days ago.

Considerable resources have been deployed since 2015-2016 on virtual reality and some are convinced of its potential in the future. Netent is among the ambitious people who want to develop games to be sure to be in the best position on this likely future market. We will bring more details on the Gonzo’s Quest VR as soon as it’s released in a few months!