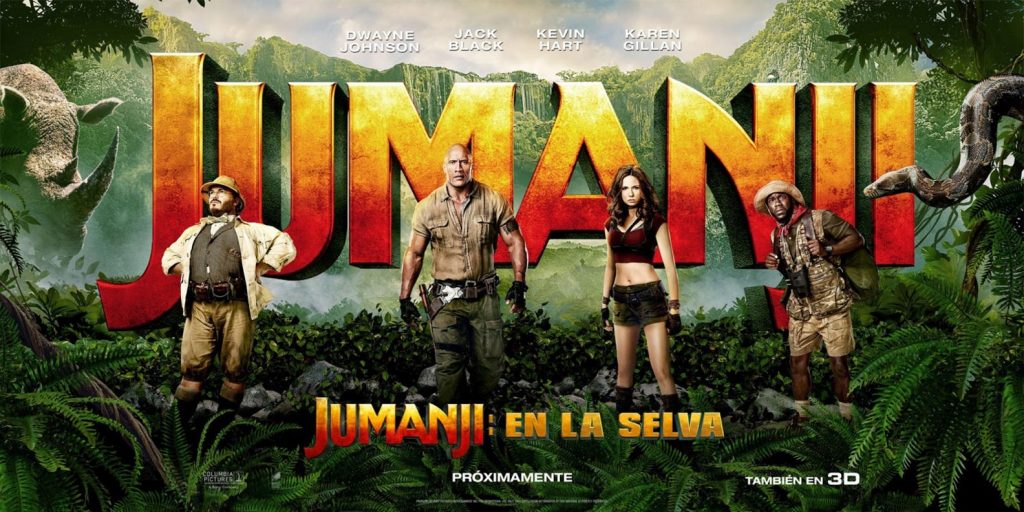 Always in search of new licensed slot machines, Netent announced via a short video that he would prepare a slot on one of the most popular films of the 90s: Jumanji! This epic film starring Robin Williams had enthralled millions of viewers and was the subject of a sequel currently at the cinema called Jumanji: Welcome to the Jungle.

A slot machine on the cult movie

When it comes to branded games, Netent is a safe bet. The developer is always looking to give new life to popular brands to attract and retain players. He has already done so in the past with online slots like Aliens, South Park, Guns & Roses, Motor head or is currently preparing the game Phantom of the Opera .

Each of these games proved to be a resounding success. So there is little chance that the firm is a white cabbage with a license such as Jumanji.

According to the first images that you can watch here, Netent should focus on the first cinema version of Jumanji, released in 1995. This first version that remained in the hearts of fans was worn by the late Robin Williams and a very young Kristen Dunst. If Jumanji is now known to all, it is thanks to this film, which was itself a children’s book written by Chris Van Allsburg in 1981.

For now, Netent has not provided any details on the features of this future game but we can only expect interesting and attractive bonuses, as well as quality graphics.

A popular sequel … And profitable

Jumanji: Welcome to the jungle is currently in the room and is the sequel / remake of the first opus. Played by Dwayne Johnson, Jack Black and Kevin Hart, it is already one of the greatest hits of contemporary cinema. Unlike the first version where the jungle was invaded in the real world, things are reversed for this remake where the characters are directly propelled into a hostile jungle.