Posted on October 10, 2014 by Admin in Basketball, NBA - Who'll make the Championship Finals? 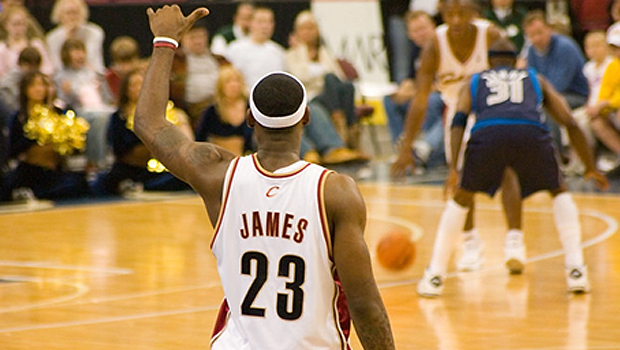 Following the return of LeBron James from Miami to his first love of Cleveland, the Cavaliers have rocketed to the top of the betting markets to win both the Eastern Conference and the NBA Finals. LeBron guided the Heat to the NBA Finals in each of his four years in Miami, winning two of those, now the bookmakers believe that he’ll make it a fifth NBA Finals in a row this year. Who do they see joining the Cavs in the NBA Finals this time around?

With LeBron at the helm of the Cavaliers they are expected to go all the way to the NBA Finals, and the favourites to join them from the Western Conference are the reigning NBA Champions the San Antonio Spurs. The Texan side defeated the LeBron powered Miami Heat 4-1 in the Finals last season and the side that has won five championships since 1999 will certainly believe that they reach a third straight NBA Finals this year.

Although the Spurs are favoured at 3.30 to win the Western Conference, the Oklahoma City Thunder are not far behind them at a best price of 3.60 to become the upset San Antonio and face the Cavaliers in the NBA Finals. The Thunder are only six seasons old having moved from Seattle and being the Supersonics and they have adapted perfectly to their new home as they have made the playoffs in each of the last five seasons. They have made the Western Conference finals in three of the last four seasons and their only success came in 2011/12 as they beat the Spurs 4-2 before losing to a LeBron James inspired Miami in the NBA Finals. They were beaten 4-2 by the Spurs last season, but can they get revenge this season?

The last three seasons have seen year on year improvement from the Clippers as, following five seasons of missing out on the post-season between the 2006/07 and 2010/11 seasons, they have finished fifth, fourth and third in each of the last three years. Massive names Chris Paul and Blake Griffin will combine well to give the Clippers a distinct attacking threat, but with the Conference semi finals likely to see them face one of the Spurs or Thunder – who defeated them in 11/12 and last season respectively – will they be able to take the conference title and make the NBA Finals?

Clearly the bookmakers are all over LeBron and Cleveland, but the Western Conference is wide open and I feel that any of these three sides could make the NBA Finals. The Spurs may not last the pace this year with 38 year old Tim Duncan pulling the strings, but Paul and Griffin have plenty of life left in them and this could be the year the LA Clippers put it all together to make the Finals.