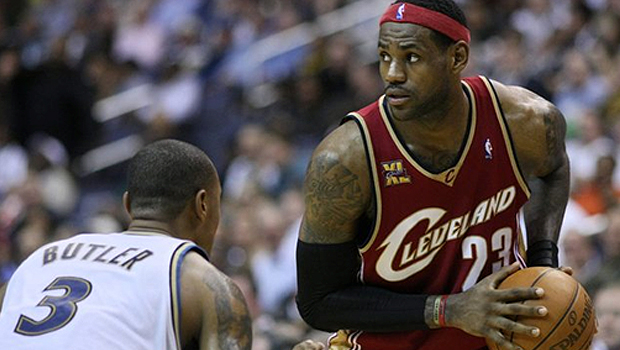 The biggest story in the NBA this summer has been the return of LeBron James to the Cleveland Cavaliers as his four year spell in Miami with the Heat came to an end. He returns for a second spell at the Quicken Loans Arena following seven years with the Cavaliers at the start of his professional career.

He is the biggest draw in the NBA right now and with him taking Miami to the NBA Finals each year during his four year spell at the team the Cavaliers and their fans will be hoping that the upcoming season will be one to savour. The massive demand for tickets to watch the big man in action is proof of the fans hopes.

The fans and ticket sellers are not the only ones to jump on the LeBron bandwagon as the bookmakers have created a number of special bets and I’m taking a look at my favourite bets here.

The regular season points average for LeBron over the course of his career has been 27.5 points a match and this is the level that PaddyPower.com have set for him over the coming season. They are offering odds of 1.67 for the 29 year old to average lower than this and he is even money to beat this average.

LeBron failed to live up to this average in any of his four years at the Miami Heat, with 27.1 last season and 2011/12 being his best, but with him averaging better than 27.5 points a game in each of his last three seasons, and in four of his final five, in Cleveland he will fancy his chances as the focal point of the team. At even money I feel that he offers great value to win the overs section of this bet, but the question remains have Cleveland got a LeBron that is at least equal to when he departed last time around?

This market is offered by Ladbrokes.com and they are betting that Lebron’s free throw percentage average will be less than 75.5%, or 0.755, as they are offering odds of 1.83 on this outcome for the season and 1.91 for him to beat this average.

His career average free throw percentage is 0.747 and after beating the level of 0.755 set by Ladbrokes each season between 2008/09 and 2011/12 he has slipped just off over the last two seasons. 2012/13 saw a 0.753 return and last season was just 0.750, but will the change of scenery for the upcoming season inspire James to hit these heights again? My gut feeling is yes as he will be the lead scorer for the Cavs for this season and with his final two seasons here in his first spell seeing returns of 0.780 and 0.767 I can see him upsetting the odds once again with his free throws.