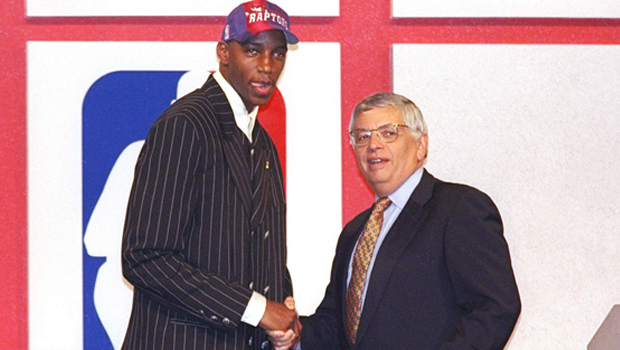 There are strong feelings and opinions on the age limit and potential solutions but the problem at its core is that there is no clean solution, no blueprint that works for everyone. Having a rigid ban may keep most NBA folks out of high school gyms (“the word ‘unseemly’ comes to mind,” said former commissioner David Stern, who negotiated for and secured the age limit in 2005) and reduce some crushing prep-to-pros washouts like Cooke and Robert Swift are the arguments for the age limit, but it also takes a year off the next LeBron’s NBA career and forces a group of star athletes into a college system ill-suited to do right by them.

The NBA has argued that mandating college has helped in terms of marketing and talent evaluation, but those cases are flawed at best. The league benefited from players like Larry Bird and Magic Johnson having made their stars before coming to the NBA but the media landscape has changed immensely since 1979. College stars no longer are en vogue or huge marketing tools; take a look at the disparate careers of J.J. Redick and Jimmer Fredette, both winners of national player of the year awards in college whose success translated quite differently in the NBA.

MORE: Every team’s most painful NBA Draft miss ever

As legendary agent Arn Tellem tells Abrams, “That group of [high school] players by far is the most successful, the most marketable, the most highly compensated, and the most decorated as far as achievement of any group of players in the last twenty years since Kevin Garnett went pro.” That argument is bolstered by the research of sports law analyst Michael A. McCann in 2004, which included the finding that only three players who made the jump from high school and signed with agents could not make a living playing the sport. The separation between college fame and NBA success is unsurprising because even players like Shane Battier and Tim Duncan who were already household names upon entering the league (before the age limit) and eventually long-time pros saw their impact depend primarily on NBA dominance rather than prior name recognition.

Part of Stern and current NBA commissioner Adam Silver’s rationale for the age limit was that it would allow for better team decision-making, but while barring kids from declaring for the Draft out of high school has prevented some Ndudi Ebi situations, it has done very little to save teams from themselves. One of the most notable examples after the age limit occurred when Jonny Flynn’s 2009 NCAA Tournament run convinced the Timberwolves to take him over Stephen Curry and Brandon Jennings, the American point guard whose year in Italy between high school and the NBA is discussed in Abrams’ book.

The biggest problem with the age limit is not a financial or individual issue but a moral one. As sneaker executive and youth basketball trailblazer Sonny Vaccaro as well as O’Neal, who declared for the draft out of high school in 1996, argue in the book, if someone possesses all the physical and mental tools to succeed in a field, keeping them out on age grounds is specious at best, particularly when their window for earning money in that field is far more limited than other professions. “We live in a country where [you] have the freedom to choose your occupation,” O’Neal tells Abrams. With the league’s current rookie scale, forcing players to wait at least one year also delays their first big contract and adds more time for potentially devastating injuries without workable financial safety nets.