Posted on January 29, 2015 by Admin in Cricket, Narine withdraws from World cup series 2015 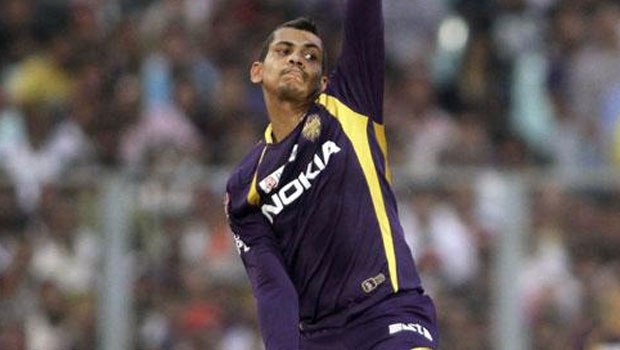 Sunil Narine, a 26 year off spin bowler of West Indies team was suspended from the champion league T20 match who he played for Kolkata knight riders in September 2014 because of his suspected bowling action under the limitation of only BCCI organised events. The suspension is due to his delivery of bowling is under the 15-degree flexion constraint. He has been suspended only for the matches in India. With this issue, he now has been selected among the 15- man crew for the world cup match by the Clive Lloyd-led selection committee.

Narine has now working for the remedial action for his suspected bowling. Since this, he decided on his own to withdraw from the match because he was not sure of 100% confident on his remedial action. He need more time to get through the international cricket. He added even though played well for Trinidad series which is not enough to enter the international cricket. He wins the tournament of Trinidad and Tobago with his revised and new action bowling of figures 8-3-9-6. He also thanked his coaches of Trinidad trophies and Dr Daryl Foster of Perth for better support and winning the match. Playing for Redforce and winning the NAGICO has boosted him to huge he said. To the media release he quoted that he was very happy about the progress made to date with the action optimistically. He also stated that for both his and West Indies sake, he after consulting with WICB has took the decision to delay the comeback for international cricket.

With the worries ahead of withdrawal of a premier bowler of West indies team and by honouring to the decision took by Narine, WICB has announced that the substitution for the Narine has been announced soon and also in supporting to the off spinner. They also commented that the withdrawal will be unfair for both his and the west Indies team and also the bowler has concentrating on his rework and be in positive progress and soon be get back to the international cricket matches. They stated that despite of his comeback, he was not fully get confident about returning to the world cup match and they took his decision and support him to get back soon.

Narine was ranked as the top 2nd best bowler of the one day international matches at the time of suspension. On his pull out, saeed Ajmal of the also cited the same reason due to the official suspension of illegal bowling in the past tournament. They both are top 2- ODI bowlers for the respective teams and are not been in the most important series going to be held on February. The World cup series has been scheduled to start on February 2015 without these premier bowlers.