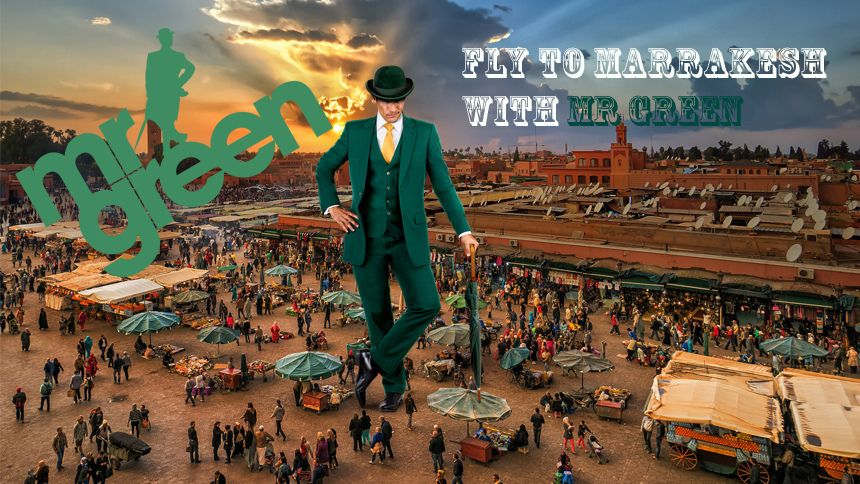 The first advent is now over and in a little more than three weeks begins the great feast of love, in which the family and good friends make a tryst and reciprocate each other with presents. For the little ones, the Santa Claus, with his red coat, thick belly and white ruffing beard, will again carry a bulging sack with him and provide radiant faces. But for the grown – ups among us here, above all the Gambler and lovers of online casinos, it will not be the good, old servant Ruprecht in this pre – Christmas period, who will lead us to jubilaries, but a well – dressed green man, Mr. Green Online Casino is offering two big promotions at the beginning of December, with lots of money for some lucky ones.

It starts with a small, but fine slot machine tournament, which is played out twice, in which there are a total of € 2,500 cash prizes, which of course would be wonderful for this year’s Christmas buddy to vigorously replenish. The most beautiful thing about this action is that nothing has to be paid here, but only by extensive gambling of the new slot machine WARLORDS: CRYSTALS OF POWER by NetEnt can be snatched here the Zaster. In order to prove the honor of the classic role – playing games, which are the main protagonists in this automaton game, the two rounds taking place in this slot machine tournament are marked with the typical class name and in the end a lady or a master Samurai or Barbarian.

Both automatic tournaments are running according to the same rules and only differ in the prize money, because there is the tournament “The Samurai” 1,000 euros and the competition “The Barbarian” even 1,500 euros to win. In order to earn this booty, it is hard to earn points in order to finally enjoy the coveted place under the sun and to win the prize money for the victory. Both winnings that can be obtained at these slot machine tournaments are in cash and are not subject to any sales conditions.

What would be the good Santa Claus without all his faithful helpers and here in the special Rudolf the reindeer with the red nose? Without him and his fast hooves, Knecht Ruprecht would probably have to take a few stops on his rambling tour, and many children would have heavy tears on the next day. In his honor, there is now a roulette competition at Mr. Green Online Casino, where once again, winning prizes can be collected for a draw. Although the accumulation of lots is not exactly the funniest pastime, but this is after all spoiled with a total prizes of 30,000 euros. To ensure that as many gamblers as possible can get into the genuineness of this promotion, as gifts can certainly keep the loving gamblers from their beloved online casino once, the big Rudolf’s roulette races are played three times each with 10,000 euros.

The three dates for the Rudolf Roulette race:

In order to secure one of the cash prizes at the three prizes to be awarded, the Gambler has to play as many rounds as possible during the races on the NetEnt CHRISTMAS ROULETTE TABLE, which has been set up specifically for this event, for 10 laps There is exactly one prize ticket for the later raffle. After each of these races exactly 10 players from the Lost Rommel are pulled, which then with a cash price of 1,000 euros are considered. So that in the hunt for the total of 30 times to be awarded 1,000 euros nothing goes wrong, as always, the rules of this promotion should be respected.