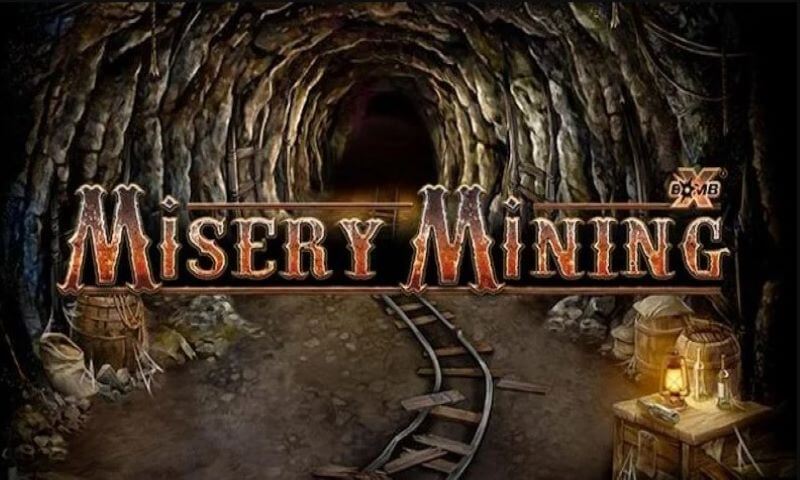 Even a mining-themed slot machine from a developer like Nolimit City may be interesting. Misery Mining looks to be yet another entertaining game from this developer, who appears to specialize on high-volatility slots with large payouts and unsettling themes and designs whenever feasible. They certainly know how to catch your attention, and I appreciate how well they maintain it. You may be sick of mining games by now, but because this is Nolimit City, I urge you to check it out.

Misery Mining has a 3×3 to 7×7 reel arrangement, allowing the player a total of 27 to 823,543 ways to win. It pays out up to 70,000 times the amount, but it’s also quite volatile. A large number of features and modifications are employed.

The finest Misery Mining has to offer is a top prize of 70,000x the bet, which is more than plenty for a slot machine. Expect a highly erratic release, but the RTP, at 96.09 percent, could be respectable.

Features of the Misery Mining Slot

The potential gaming space is enormous, with up to 7×7 symbols active if you’re lucky, but the basic starting area is little. From 3×3 reels surrounded by locked symbol spots, you have only 27 ways to win at first. There are up to 823,543 ways to win if the whole configuration is unlocked.

You’ll need a mechanic called Collapsing Mine in order to obtain more chances to win. It makes use of xBombs, which explode and push the active region to the next reel and/or row if it’s on the border. If it explodes in the centre, it will damage all directions. More opportunities to win become accessible as more reels and rows are unlocked. When you obtain three or more scatters, or when you don’t get any wins from explosions, this expansion happens.

The xBomb Wild’s primary function is that it acts as a substitute, therefore you’ll employ it to create new winning combos. As the bomb detonates, it dislodges the symbols adjacent to it, allowing new symbols to be added to the reels in the ensuing fall. A 1x multiplier increase is also added to the multiplier.

If there are no fresh xBomb Wilds or wins, the scatters on the reels will transform into bombs (non-wilds) and explode. This particular mechanic is referred to as Xbomb Mining.

This slot has both ordinary and Super scatters, which you can combine to activate the free spins feature.

If you have three scatters and two Super scatters, you can get 4×5 reels right away. In Rat Mode, you’ll still get 3 free spins, but in Mouse Mode, you’ll earn 12 free spins.

During free spins, you’ll see a Top Row at the top of the reels that contains a number of modifier symbols. When there are Super scatters or normal scatters on the reel beneath them, you can claim them.

The following are some of the modifiers that can be obtained during free spins:

As you can see, Misery Mining has a lot going on, and the only way to comprehend it is to give it a try. While the slot’s regulations are overly complicated, all the player is required to do is spin the reels.

It’s a popular topic, and it’s related to mining, but it’s not a bad-looking design, and it can suit most players. I believe you will enjoy it, particularly if you consider its top symbols. Even if the game area is initially partially closed, the 3×3 reels that you start with seem decent.

Misery Mining’s emblems include five Royals at first, then images of a pipe, liquor bottles, mining rats, and a dwarf.

Misery Mining is another fantastic game from Nolimit City. They came up with another highly volatile game, with large prizes and intricate elements, that can be a lot of fun, as they have become accustomed to.