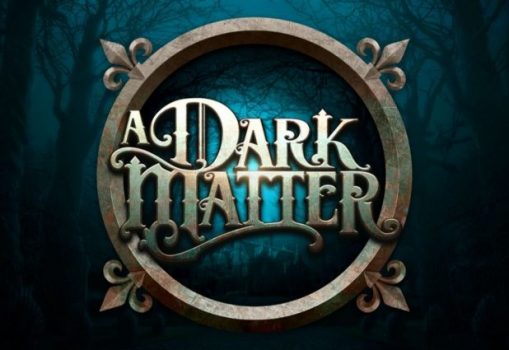 Microgaming ventures on a mysterious quest in A Dark Matter, developed exclusively by Slingshot Studios.

A growing sense of dread has fallen over the quaint English town of Stonehurst after a series of unexplained disappearances plague the once sleepy village. Might these events have something to do with the eerie Wraith Manor?

Uncover the mysteries of A Dark Matter in this five-reel, high-volatility slot featuring Invading Wilds™, bidirectional paylines and an enigmatic cast of characters.

Players join Nathan Highmore, Scotland Yard’s paranormal investigator, as he searches the reels for the Manor’s secrets. Set to a ghostly original score, the game begins its tale at the gates of Wraith Manor, a home shrouded in mystery and menace.

Invading Wilds unleash their supernatural power as they land on reels two or four, spreading to adjacent reels to create a substantial block of six wilds. When stacked wilds land on reels two and four during the same spin, they combine to invade the middle reel, creating a block of nine wilds with extensive win potential.

A Dark Matter’s thrilling free spins are triggered when three doorknocker scatter symbols are uncovered in the base game, granting entrance to the Manor’s lounge and awarding an initial 12 free spins. Players are awarded one extra spin for each additional scatter symbol landing during the feature. The haunting score intensifies in intrigue and excitement when Invading Wilds encase the three middle reels, unearthing a 2x multiplier and incredible win potential.

Uncover the mysteries of Wraith Manor and the characters who lurk within?

Get ready for thrills and chills this Halloween with A Dark Matter, available exclusively to Microgaming operators from Tuesday 22 October 2019.

James Buchanan, Director of Global Operations at Microgaming, comments: “Slingshot Studios have successfully created a high volatility slot experience with an engaging storyline, intricate artwork and atmospheric sounds. The addition of Invading Wilds and bidirectional paylines offer an exciting and rewarding gameplay experience, with win potential of up to 2,400x the player’s bet during free spins.”

Richard Vermaak, Head of Studio at Slingshot Studios, adds: “We are very excited about A Dark Matter’s release! The entire team has invested a lot in crafting a rich world for players to enjoy. They have created something beautiful, with arresting character portrayals and a musical score as lavish as Wraith Manor itself. Our aim was to create a truly theatrical experience coupled with high-volatility gameplay, establishing enough intrigue to whet players’ appetites without revealing too much early on. We can’t wait for players to explore A Dark Matter.”

Slingshot Studios is a new independent game studio which began to take shape in 2016, bringing together a crew of gambling industry veterans, new blood and everything in-between. They are a diverse bunch of creators, with illustration, animation, development, testing, composition, production and many more skills shared across their team. Great design comes from constant iteration and innovation, and breaking things to learn. They relish in creating highly entertaining and compelling products exclusively for Microgaming and their customers.