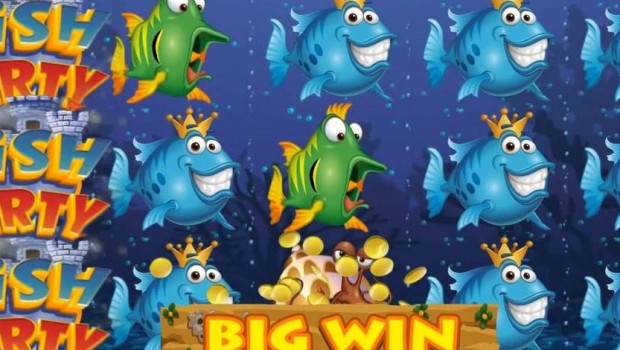 Microgaming has recently launched a new game in its online poker market. The Fish Party SNG that is based on the well known Jackpot Sit & Go concept poker tournaments. Microgaming will be combining its unique experience with online slots and progressive jackpots with the game of poker. The Fish Party SNG is a three-player tournament and is fast-pace; this will give Hold’ em players the opportunity of landing themselves the jackpot prize. In the same way that the reels in the common Fish Party online slot game spin, so will the reels in the new Fish Party SNG game spin. The outcome of the spinning reels will determine the tournament prize.

Great rewards will stem from the winning reels combination. Theoretically speaking there is no limit to how much can be won in the Fish Party SNG game. This is because the game’s progressive jackpot increases with every game played. The progressive jackpot is paid out from the three party symbols found in the reels combination. This will also lead to automatically increasing the poker cash prizes on the MPN network. The game has 5 buy-in levels ranging from €1 to €50. The game lasts for around five minutes. Alex Scott who is the Head of Poker at Microgaming made a statement where he stated that he believed that they had developed the best version of Jackpot Sit and Go model.

He added that they were delighted that MIcrogaming Fish Party SNG was been broadcasted live. Players are only supposed to pay a small prize to land on the rewarding progressive jackpot amount. The MPN network will be able to broadcast rge Fish Party SNGs. The network also broadcasts the various poker rooms of bookmakers such as 188Bet, Betsson, BetVictor and Stan James. The game HAS A Return to Player rate of 95%.