Microgaming – Mobile Product of the Year and Castle Builder 2

Microgaming – Mobile Product of the Year and Castle Builder 2 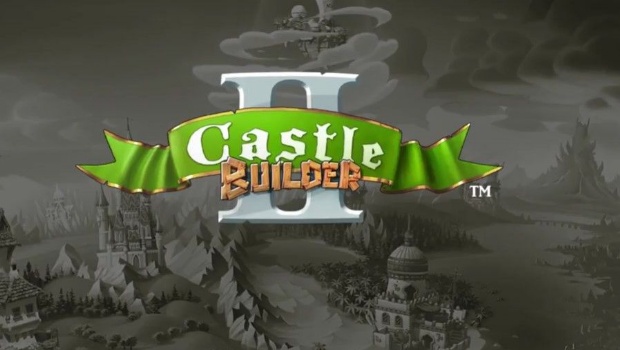 This year, the veterans of the online casinos industry, the ladies and gentlemen of the company Microgaming, which is located on the Isle of Man, could not be lucky in their presentation at the ICE Totally Gaming, because apart from the announcements and the possibility of a detailed allusion of the two New game machines JURASSICWOLD and THE PHANTOM OF THE OPERA HOUSE, there were two more highlights to be admired. Microgaming has always been a pioneer in online casinos. Be it the own Microgaming machines, the extensive poker network MPN or the first software solution for the mobile casino, the company from the small island in the Atlantic was always as one of the first from the beginning with it. Especially the steady expansion of your own portfolio in the field of mobile casino games, which are meanwhile grown to over 350 pieces and the fact that it was Microgaming, which is the first focus on the online casino games over mobile phones and today smartphones and tablets in the year 2004, now brought the company the prestigious title of the Mobile Product of the Year 2017 at the International Gaming Awards on the edge of the ICE. With this award, Microgaming, unlike the winners of the past few years, has not been honored for a definite product, but has been honored for the whole of its own offer, in this rapidly growing market and the commitment it has been putting into it for many years.

On all three days of the ICE Totally Gaming gambling fair in London, there was lively activity at the Microgaming booth, and so the inclined visitors on the first day of the primeval world around the popular dinosaurs could be enchanted by the announcement of the upcoming JURASSICWORLD slot. The real highlight, however, was the last day of the show with the new CASTLEBUILDER 2, for which the responsible persons were not too bad to turn overnight their own stand into a kingdom with a castle. With all this effort, this new Microgaming slot machine seems to be something special and the management day in the company seems to be hoping for some of this new online casino game. But what is CASTLE BUILDER 2 at all? First of all, this new game of Microgaming is a classic slot with 5 reels and 3 rows. The CASTLE BUILDER 2 is not only a classic automaton game, but as the name implies, the player has to build something up there, which is nothing less than complete castles and up to 75 pieces. Thus, the new title in the Microgaming portfolio certainly represents a hitch between a classic gaming machine for online casinos and a computer game trimmed for long-term motivation.

Castle Builder 2 is bound to the screen for a month

Unlike most of the game machines in the world, it is not just the characters of CASTLEBUILDER 2 who delight the heart of the Zockers when they appear on the winning lines, but also the lower symbols are extremely important in this slot with a comprehensive game world. If you want to build your own castle, you need a lot of materials from wood to fine marble. Whenever these building materials are taken, they ensure that the new royal domicile of the royal couple is further expanded and the portocasse of the player swells. Once the dream house is finally finished, the next kingdom will begin with the next architectural miracle. At the same time, the level rises, which in turn means that the new building materials on the rollers at CASTLE BUILDER2 are unlocked and the yields for the Gambler are always higher. So whoever proves endurance is definitely rewarded. But before all of this can begin, you have to select your own character from three different candidates. This choice also has an influence on the entire game. The whole is still garnished with more than 100 different awards, all of which can be captured on the journey through the 15 different kingdoms, with its 75 castles and over 300 different characters, and promising loads of extras. And as in a fairy tale, it is the main task of CASTLEBUILDER 2 of Microgaming to unite the right princes with his alleged on the reels in the slot machine, so that then in the new castle the magnificent wedding can take place and one day the two here, provided They have not died, may live in love until the end of all days.