Microgaming kicks off 2020 with a wealth of January game releases

Microgaming kicks off 2020 with a wealth of January game releases 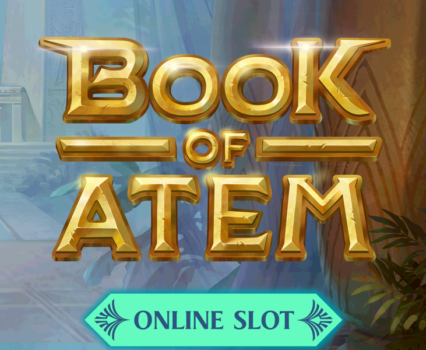 Microgaming has revealed details of its latest drop of action-packed exclusive new games designed to excite and entertain players.

Throughout January, Microgaming will launch an array of exclusive new titles developed by its roster of independent studios and game development partners.

The new year begins with a trip to ancient Egypt in Book of Atem, developed exclusively by All41 Studios. Players can unlock the mysteries of the pharaohs in this five-reel, 10-payline slot featuring free spins with expanding symbols. The magical book symbol acts as both a wild and scatter in this dynamic game offering excellent win potential up to 5,000x the initial bet. With classic Egyptian music and graphics, Book of Atem reveals its ancient secrets on 7 January.

East Asian riches await in Double Lucky Line by Just For The Win, featuring vivid visuals and a feast of features. Set to launch exclusively to Microgaming operators on 14 January, this five-reel, 17-payline slot is home to several double symbols, including pairs of dragons, frogs and turtles. The ever-present Double Lucky Line feature ensures that only double symbols land on the centre reel, thereby optimising win potential during normal gameplay. Rounding out the game’s features are Random Wilds and free spins, with Lucky Wilds awarding further free spins and unlocking extra double symbol positions throughout the reel set.

Triple Edge Studios take players on a safari in African Quest, a five-by-four reel, 1,024 ways online slot including Hyperspins™, Microgaming’s strategic paid respin mechanic, which previously featured in Break da Bank Again Respin. Players join the search for Kubwa, the high-paying stacked lion symbol ready to roar out majestic rewards. Gathering three or more scatter symbols awards free spins in which players have the chance to select their desired free spin and multiplier option. During free spins, the wild symbol awards a multiplier, which can potentially result in up to a 64x multiplier if more than one multiplier lands. Embark on this African adventure on 21 January and set your sights on magnificent rewards.

Microgaming’s fourth exclusive release in January is The Incredible Balloon Machine™ by Crazy Tooth Studios. Taking flight on 28 January, this whimsical and innovative game features WiNCREASE™, multipliers up to 10x, and a rewarding Pick Bonus feature, in which players can inflate colourful balloons against a dreamy sky to reveal lofty rewards – provided they collect them before the balloons pop!

Providing access to an industry-leading portfolio of exclusive content and top-performing partner games, Microgaming is set to deliver dozens of exciting new titles in 2020.

James Buchanan, Director of Global Operations at Microgaming, comments: “Microgaming’s January titles are representative of the variety and quality that will be rolled out throughout 2020. The mechanics of these feature-rich exclusive games combine with innovative new designs to create a thrilling gameplay experience for all players. The year ahead is shaping up to be very exciting as we add new games to Microgaming’s progressive jackpot network, take on new adventures with some of our favourite characters, and continuously debut exclusive games with new and dynamic themes.