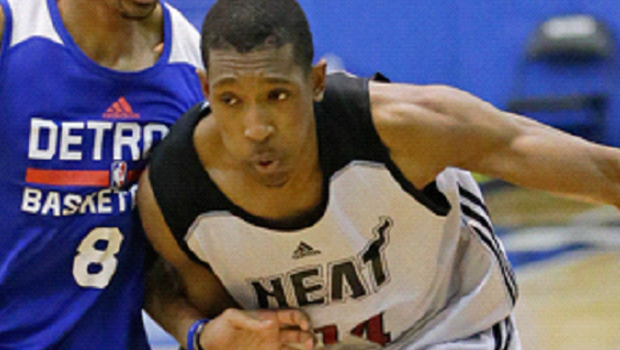 Miami Heat managed to sign Josh Richardson on a three year Rookie contract for 2.5 million dollars. The young Miami Heat player after being picked as the 40th overall pick in the 2015 NBA Draft has agreed to join the Miami Heat and their offers this week. According to the news, Richardson’s deal is fully guaranteed in the first season and partially guaranteed in the second season or year.

The young Josh Richardson is a player that was first seen in the University of Tennissee, where he played an unforgettable several games and got selected to the NBA draft pick 2015. The 6 foot 6 tall guard made his draft possible in the pre-draft process where he worked hard on the disposition and workouts and the thing that caught the media’s attention is that he was flying from workout and gyms to his home in Oklahoma City every day, just to get better at what he is doing best.

Richardson grew up in a rich Oklahoma family that granted him all the possibilities to work and train hard, through that to become one of the best players in the world. in his college days it was visible that he had the passion in the game, that he would not any attacker just pass through and score, and what is his greatest characteristic of all is that even though his team loses for let’s say 30 point in the third half, he is never giving up and letting go, he always fights until the end.

With 11.2 points and 2.8 rebound as well as 1.7 steals and 1.6 assists in 10 summer league games in Las Vegas and Orlando, it’s a solid start to a glorious campaign for this 21 years old in the Miami Heat jersey.

Let’s not forget his senior year at Tennessee University where he made 16 points, 4.5 rebounds and 3.6 assists per game. That tells us that he is just getting comfortable with his new team and has the space to grow more and become a better player.

The Miami Heat coaching department said some words that encourage this youngster to continue doing his trainings and they are pretty sure that he might become one of their stars in the following years. The transition from attack to defense in the backcourt and overall the defense and jumping in their own part of the field for the Miami Heat are better now that Josh Richardson is part of the team. He is giving an accent to that part of the training as he is willing to become better at it, and to carry his team forward in the upcoming years. Let’s all wish a good and stable career to this young Oklahoma boy.