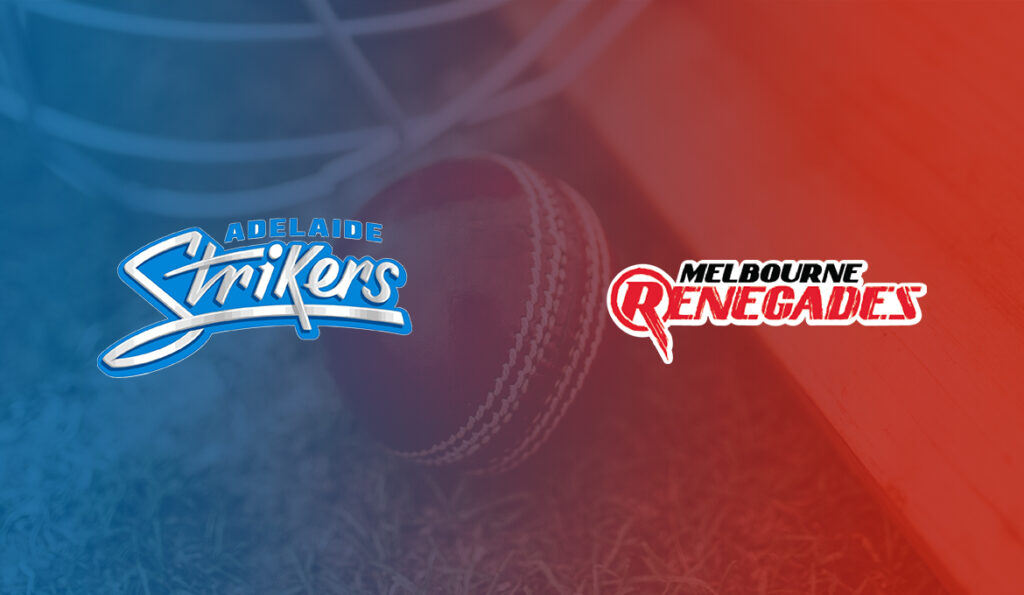 Before telling about the betting tips and odds, it is essential to brief you about both the teams’ last detail. Both the teams have failed in their previous contests versus the opposition. The MLR has only last hope here if they want to go into the next round. The teams faced a hefty margin by the Scorchers. So, game number 29 picked some much importance for them. On the other hand, their batting line up created a lot of problems for them.

If you talk about the Adelaide Strikers’ match’s contender, it has a better side than the other, but it failed in the last game also. According to the opinions of experts, the Scorchers team is better than the Melbourne Renegades. The bowling side of MLR remained a problem for the captain so for. So, there is no space for them to fail again. If they lose this game, then no chance to go to the next round. But, Scorchers are still hopeful after losing the last two matches.

The Adelaide Striker will enter into the ground with a rating of $1.68, whereas the prominent players will be Rashid Khan with the bet of $3.50 to the $8. According to my prediction, ADS will be the winner of the days. Let’s check the head to head result of both the teams.

Renegades vs. Strikers Head to Head Result in Last 5 Games

According to the last five games, the Adelaide Striker remained a very significant team. They claimed three consecutive wins in the previous five contests. So, we can favor them in this match also.

After searching a lot of information, I have found some precious data to help in betting & odds for the users.

The head to head odds and betting showed that the Striker side has much experience in the tournament. The experts concluded the best rating for the teams up to $1.68. All the detail have been added according to the previous performances and the result of the two groups. We cannot ignore the role of weather also. The chances of raining are still worried.

I tried my best to give all the accurate information about both the teams. According to my analysis, the Adelaide Strikers will win the match to go into the next round. The prediction of ADS raised to 80%; on the next side, MLR has only 20 chances to win the day. But, in sports, especially in cricket, anything can happen at any time. We are talking on behalf of facts and figures of both sides. Only a single batsman or a bowler can change the complete scenario.