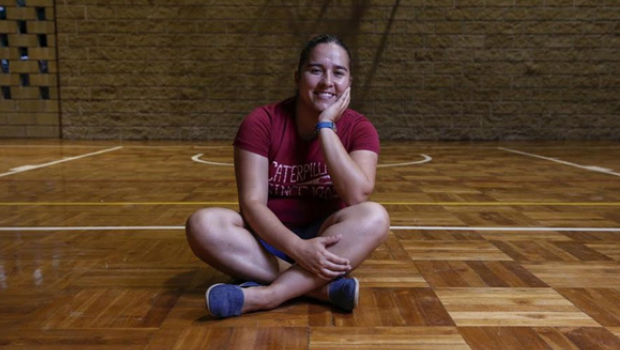 Intentionally or not, Mariela Iglesias got into the history of basketball as the first technical director of a team of male First Division, Brenes Barva.

His mind that detail, which makes breaking a paradigm, unnoticed, although it is aware that it represents a turning point in his career now. Even frowns that designation may help pave the way for other women.

“I take it with humility and serenity of the case, God has been my guide in all this and my family has supported me so very much,” he says without hesitation.

Iglesias puts the results and work, and does not stress itself is a woman who is doing it.

“What I’m trying to be as professional as you can, whether in the women’s or men’s. With this interesting challenge, as I’ve thought about is how to organize the puzzle to try to lidear with the boys, they understand our philosophy and team cohesion is achieved, the organization is so important in any part of your life and in sport, “said Iglesias.

That’s why churches will remain the same, as she describes it, but with some slight variations when directing.

“These athletes already have a different being many older selected, with international experience, then the deal is a little different experience. We understand the player’s technical and tactical part, because already they are talented players, then try that talent is in group benefit, “he said Mariela minutes after leading a party with minor categories at Blue Valley in Escazu Guachipelin.

This is your life, day and night breathes basketball.

His workday may seem to many Costa Ricans, is not the only person from 6 am is ready to start the day and finish working until 10 pm, but almost all those hours makes accompanied by a ball.

In addition to the equipment of Blue Valley, also teaches at the school Saint Joseph, is in charge of the women’s team first division Brenes Santo Domingo and culminates with Brenes Barva.

Since age 17 he began to form the path that now runs with 33 years. With such a young age and she was assistant school teams in college Saint Clare, the same place that took its first step being technical director, at 20.

Shortly after he was given the choice of mini basketball and from there was recurrent in the national teams.

“When I realized I had a vocation was for good reading (matches) was doing, but knew he needed to prepare in other countries to improve on that part, in psychological, … Little by little I was passionate about it this technical and teaching part, because I am a trainer of players and players, I really like training but also athletic performance, I like to compete and make the most of the players, “said the graduate of Physical Education at the University National.

As coach from young, he combined for several years that responsibility of being a player, because he remained youthful selected sub 21 and older.

With the passing of the years it was devoted to the technical, he was prepared abroad to polish their skills and could invest your time in this sport.

So the question arises, can live basketball in Costa Rica?

His laughter is clear before answering and although I think, is clear: “That’s like a hypothesis, but if we do this, actually right now I’m living the basketball, but also with my profession of physical education, which allows me to contribute in other fields such as swimming. “

Insists that what he could always get what has made the order-driven, not missing a word in their vocabulary, and intend to bring to the sport they love.