Mayweather wins fight against McGregor and pockets hundreds of millions

Mayweather wins fight against McGregor and pockets hundreds of millions 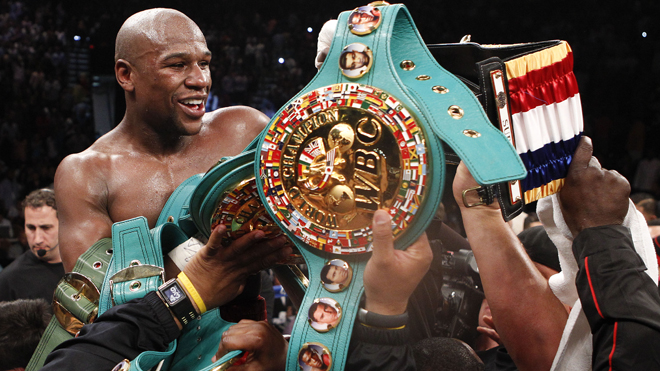 The long-awaited battle between Floyd Mayweather and Conor McGrego finally took place this Saturday, August 26th. Although he defended better than expected, McGregor lost to the 10th round on TKO. Now with statistics of 50 victories for 0 defeats, Mayweather can calmly take his retirement (definitive this time) and think about how to invest his new million.

A battle commensurate with expectations

Floyd Mayweather made the experience speak during this very fought fight. Overwhelmed on the first 3-4 rounds, he then took advantage of his best cardio to submerge the Irish little by little. Although the latter is 29 years old (against Mayweather’s 40th birthday), he seemed very breathless as the match progressed. Mayweather’s experience and perfect physical condition allowed him to dominate much of this game and score a new victory on his record. The fiftieth.

McGregor was nonetheless surprisingly effective for someone specializing in MMA. Of all the fights made by Mayweather, it was certainly against McGregor that he took the most blows. The UFC star will have at least managed to stand up to the boxing champion.

Despite his defeat, it was a calm and satisfied McGregor who spoke afterwards. You have to believe that the prospect of having earned about $100 million in a fight is enough to behave as a good loser. Meanwhile, Mayweather is expected to win between $200 and $250 million for the game. With this new check, it exceeds one billion winnings, making him one of the highest paid athletes on the planet. The only ones who can compete are Michael Jordan, Tiger Woods or Michael Schumacher. Luckily for the bookmakers, Mayweather loves sports betting . He would have lost tens of millions with this passion (he shares only his big gains).

Bookmakers have been hot

The boomers were able to blow at the announcement of the victory of Mayweather. The latter was indeed the favorite of the odds but the popularity of McGregor allowed him to collect most of the bets. Much more people have bet on McGregor in the hope of achieving a great added value. If the latter had prevailed, most bookmakers could have forgotten their profits for the year.

Showtime, which was broadcasting the event in Pay-Per-View, said nearly 5 million people had paid $88.95 or $99.95 (for the HD version). That’s hundreds of millions of dollars.