Marbella, penultimate stop of the Spanish Championship of Poker

Marbella, penultimate stop of the Spanish Championship of Poker 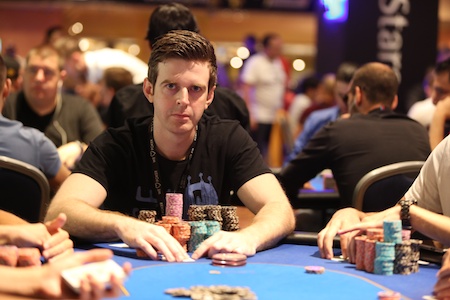 The Costa del Sol hosts the fifth annual test of the Spanish Championship of Poker organized by CasinoBarcelona.es. Jose A. Vazquez is the leader of the general.

The Championship of Spain of Poker reaches final stretch of the season. The circuit organized by CasinoBarcelona.es reaches the Costa del Sol, to the Casino of Marbella, where it will celebrate its fifth stop of the course before finishing in the Peralada Casino.

From 26 to 30 October , the Championship of Spain of Poker will continue to seek the next champion of the circuit. A title that, for the moment, has three clear candidates.

A total of ten players are over six hundred points in the overall standings, where he now include three names: Jose Luis Urrutia, Steve Enriquez and Jose Antonio Vazquez . This last one is the leader, although it should not be neglected before a “Spartan” Urrutia that foresees to be hard to gnaw.

From the afternoon of Thursday, October 27th, the Main Event will be open for all online qualifiers and also the classified satellite in the face Wednesday afternoon.

This will have an entry price of € 500, with 30,000 chips and blind levels of 60 minutes on days 1 and 2, increasing to 75 on Day 3. There will be possibility of late registration and unlimited re-entry in the first five levels of play.

In addition, there will be another series of events that will serve to complete the calendar Marbella CEP 2016. Both Wednesday and Thursday there will be satellites to the Main Event, while Friday will be held a Side Event 8-Max of € 100 .

For the day Saturday a new edition of premiering Mini-CEP, € 150 input and two days. Finally, on Sunday you will play the Parallel Bounty , with the possibility of re – entry and entry of 115 €.

For the following tests of the CEP, all those players who want to participate can do so through the website JackpotBetOnline.com .

Jackpot bet online is a site with all the necessary information about sports, bingo and online betting. We offer content which you will find interesting to read, we offer game statistics and odds on the most recent played and to be played matches, as well as player statistics, forms, injuries and everything a true football fun and gambler should know before stepping in to make the bet.
We expect you on our web site or on our Facebook page, both under the name of Jackpot Bet Online.