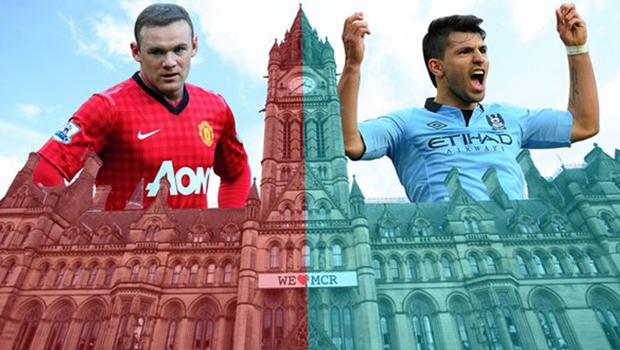 It was a very good day for resting from the responsibilities and watching some excellent football in the Premier League, a football that the Manchester town and the two best ranked teams could offer – a great Premier League match between Manchester United and Manchester City. Called by their nicknames, the Red Devils hosted the Citizens on the famous Old Trafford stadium who was without a doubt absolutely full with supporters from the both sites. It was expected to be one great football match with several goals as the legacy proclaims.

In the last four matches Manchester City managed to get out as the victorious team even three times, while the Red Devils celebrated only once in the last match on Old Trafford this year with the score of 4:2. It was expected to be a really tough match and draw was not an option, but the managers of both sides Louis Van Gaal and Manuel Pellegrini had different oppinions. They started off with one center forward and with more players on their side of the pitch with the same goal – not to concede a cheap goal and to keep the ball in their possession while waiting for a counter attack to deal the deadly strike. It was not a good tactic by both of the managers as it was the 2nd match in the Premier League this season to finish the first half without any of the team to make a successful shot towards goal.

It was a bit more intense in the 2nd half as Manchester United’s manager Louis Van Gaal decided to go for the goal and to push more men forward. He was the first to bring on fresh pair of legs and to modulate the formation in a more attacking favor, while Manuel, the manager of Manchester City was the one to take out a winger and a player from the middle to bring in central defender and a kind of more attacking left back. It was clear that Van Gaal turned the game in his favor and it was nothing left for Manchester City but to close the goal and try to keep the result as it is, as the only two attackers at the closing minutes of the game were Bony, who was later replaced with Iheanacho, and left wing De Bruyne who was the outstanding player on the last Manchester City game against Sevilja in the Champion’s league Wednesday night.

The possession was well on the Manchester United site, while the shoots were totally equal with 6 shoots overall off from which 1 was on target. Yellow cards 2:2 and with all these facts the result was a fair reflection of the game.

With the end of this match Manchester City tie on the 1st place with Arsenal with same points (22) but with 6 more goals, while the Red Devils are on the 4th place with 2 points less than their last opponents on the Old Trafford.