Madrid refuses the $ 2.2-billion casino resort project of The Cordish 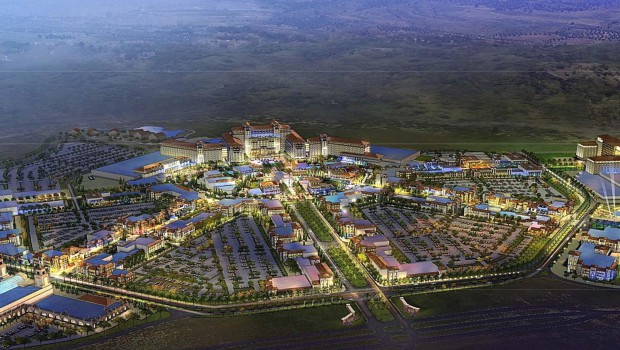 At the end of last year, the American firm The Cordish announced its intention to launch a casino resort in Madrid, for an investment that was estimated at $ 2.2 billion. After a few months of deliberations, the Madrid government found the project too risky and not really viable.

The Cordish operates the casinos “Live! “, only present in the United States. Its most prolific establishment is the Maryland Live. If it had been accepted, live! Resorts Madrid would have been the first investment of the firm abroad.

In December, The Cordish announced a casino resort project of 134 hectares near Madrid. This project could have been a palliative to the Euro Vegas but was finally refused by the Spanish officials.

On Friday, Minister of Economy Engracia Hidalgo said that a “deep, serious and rigorous” review had been conducted and that doubts remained about the viability of the project. The city should have spent some € 340 million on urban development, including work on roads and railways. That would have been too heavy a burden on the city.

Madrid therefore decided that the project, as it was presented, could not agree. On the other hand, the door is not closed to The Cordish, who has the possibility to rework his project so that it better suits the reality of Madrid.

In response, The Cordish felt that the city did not fully understand its ambitions. According to the firm, it is not necessary to spend hundreds of millions to improve the environment of the future casino. The Cordish never asked the city to pay so much for it. The US Company also recalled that its project could create nearly 57,000 direct and indirect jobs. In fact, it was an opportunity for the dynamism and finances of the Spanish capital.

If this project, or a reworked version of this project, is finally accepted, work could begin in the second quarter of 2018. At the moment, in any case, it is a no from Madrid.