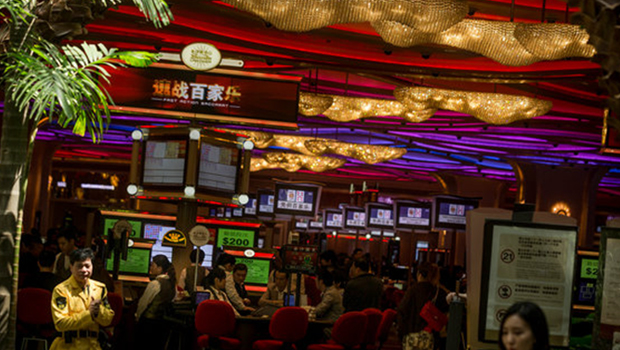 Taken into consideration last 10 years, Macau has developed into a money making machine with hot streak up from a poor Portuguese colony. It is now one of the world’s largest gambling and money making destinations. The casino industry dominates the region’s economy and the residents of that island become one of the wealthiest people of the planet.

However roses won’t bloom forever as this year’s November became one of the lowest months in their history with an amazing 20% downgrade from last year’s November. This has happened due to the fact that the official China government has announced that the Chinese police will be roaming through the area for illicit and illegal money.

The visit of the President Xi Jinping of China arrived in Macau on Friday last week and was part of the 15th anniversary of the new Chinese control taken over from Portugal.

According to Aaron Fischer this is an opportunity for Macau to attract different kind of customers as the once with illegal money are hardly to come back. They are devastated by their loss and are hoping that the New Year will bring more customers in their casinos. The director of the Central People’s Government in Macau, Li Gang commented that if one industry is domination the economy of a city, which is the case in Macau and its casino industry, it can lead to a city’s prosperity, but it can lead to its demise and failure. He is hoping that the Macau will continue to be an example of how a city is supposed to work with one industry.

This should be a message for the owners of the casinos as well and they should be careful and have full control of their customers, beware of the nongambling revenues.

According to the Associate professor at Gaming Teaching and Research Center Carlos Siu Lam, the income of last year in Macau was 45.2 billion dollars and it is somewhere around 80% of the income of half million populated Macau. Although it’s Major Maria Helena de SennaFernandes who is also a director Tourist Office is keen on introducing new industry to the customers, making the Macau territory’s charms outside the casinos, she is well familiar with the situation in which her City is currently in. She wants to draw the attention of the customers and teach them something about the Macau culture, the traditions and stuff, and that it shouldn’t have to be all about gambling.

This last 50 days the Chinese gamblers who are familiar with the police situation are staying away and not going to gamble, being afraid of the situation. It is an anticorruption situation and at the end it is supposed to make Macau better and safer place for any players from all around the world.

Don’t forget to check the online sports forums and bet on your favorite team. Who knows, you might end up winning the jackpot.