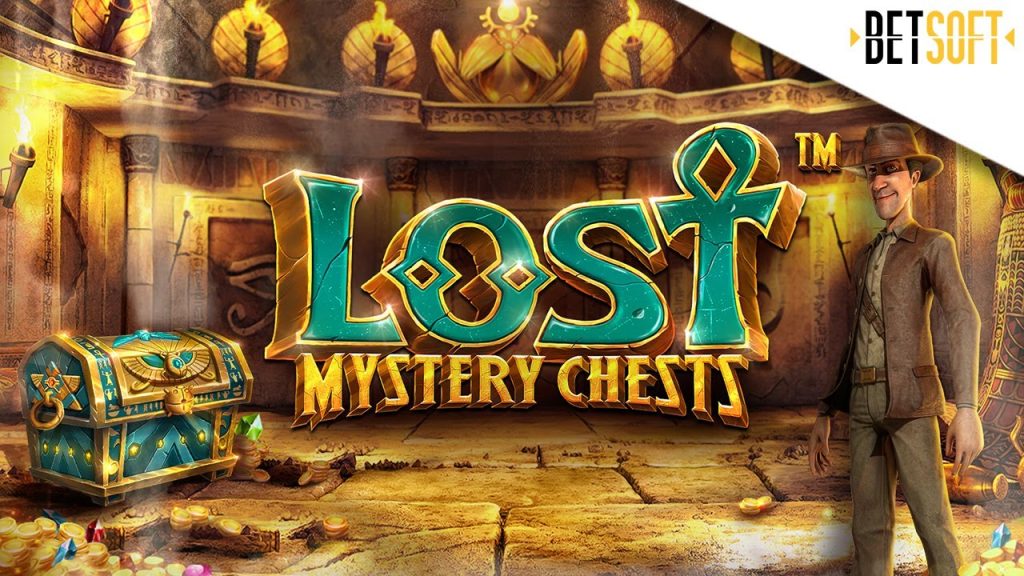 We’ve seen a lot of Ancient Egypt-themed slots, but because Lost Mystery Chests is from Betsoft, there’s still a chance it’ll be an excellent one. With the Ankh serving as the T in the title, it’s apparent where the action is headed with this one. Adventure games frequently transport us to locations where treasures may have been hidden in the past, and this one is no exception.

With only 3×3 reels and 10 active lines, Lost Mystery Chests isn’t the most bountiful game. Even so, with payouts of up to 2,500 times the stake, it’s doing a good job of attracting attention on this front. Players will find random Mystery Chests, scatters, wilds, and free spins among the game’s bonus features.

Your wagers in Lost Mystery Chests will begin at $0.10 and quickly rise through the options until you reach a maximum of $150. Because the bets tend to make large increases in value (for example, from $0.60 to $2 every spin), I would have preferred more low-priced possibilities.

Lost Mystery Chests features all the makings of a modern slot machine, with the ability to pay out up to 2,500 times the investment. In a game like this, that’s not a bad top jackpot, given the game doesn’t have a significant level of volatility.

The Treasure Chest Wildlands is a symbol that can be used alongside regular symbols in the game. It can be used as a substitution and combined with conventional symbols to create new combinations. You have a three-reel setup, so all you need are two more symbols next to a wild on the same line to win.

A lot of the action in the game hinges around Mystery Chests. Each spin has a chance to land 3 to 5 of these, although this isn’t guaranteed. They appear as soon as the spin is completed and can award you with cash prizes, wilds, scatters, Pyramids, or the Ankh symbol.

The game can also add a Treasure Chest Scatter to the reels, similar to how it may add a Wild version. When 3 to 5 of these appear on the screen, you’ll be awarded 6 to 10 free spins, as well as 5x to 20x your wager.

The unique thing about this bonus is that on every single spin, you’ll get anywhere from 3 to 9 Mystery Chests on the 3×3 reels. Combinations become considerably easier to create, and the feature can also be reactivated.

There’s also the option of paying to get the free spins right away, which costs between 40x and 66x the stake and lasts for 6 to 10 rounds.

Of course, we’re staring at a slot machine with Ancient Egyptian symbols and a background graphic. There is a treasure hunter on the lookout for these relics, and he looks to have discovered them. The Treasure Chest is utilized for the Mystery, Wild, and Scatter symbols in various variations.

Images of low-paying hieroglyphs (bird, scarab, Eye of Ra) to the Pyramid and the Ankh are among the regulars.

Overall, we’re witnessing Betsoft’s normal high-quality graphics, which are even more appreciated here because it’s a 3-reel slot machine. Add in the extra features, particularly the lucrative free spins, and you have a number of compelling reasons to give it a try.