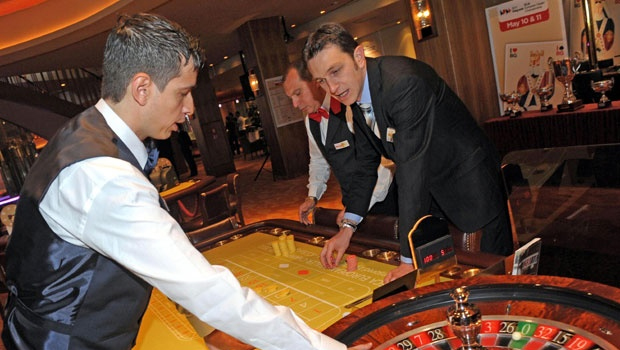 “Grand Casino”, dissatisfied with the licenses, not dropping the charges against our country. The casino has been reduced to a mere “gambling” and “live games” can take someone else.

Jackpot bet online, the site with the latest news and rumors about happenings in the most famous games and online bettings is always there for you with news and events that can make your day. Check out our page jackpot Bet online, or our facebook page for more information like this one.

” Grand Casino” will receive a license for 10 years at the slot machines, and six months for roulette and other games of chance organized, “Novosti”.

This is a country trying to make a clumsy compromise, since the earlier exclusive contract with this casino allows the extension of license for 10 years. According to sources “Novosti”, the “Grand Casino” offered “compromise” not satisfied and will not give up on international arbitration, that Serbia, if lost, could cost 1.4 billion euros per year over the next decade. A ten-year licenses only to automate reduced to the casino on a regular gambling, a “live game” in this case could take someone else.

“Grand Casino” is, otherwise, filed a request for extension of the license for 10 years last June and to pay half a million. Did not get the required license, a license to operate it now extended for the second time in six months.

Things were caught and about amendments to the Law on games of chance, whose adoption, according to our sources, obstruct a year. The Action Plan of the Office for Cooperation with Civil Society states that it should be adopted in the third quarter of this year. The proposal, which gives sweeping powers of the Military Technical Institute should declare Sector for gaming, but it has stalled because lobbyists foreign companies and former cadres G17 plus slow the changes that are in favor of our Armed Forces. VTI is because of this serious problem, and illegal gaming market in Serbia is booming.

Jackpot bet online finds out that the period for the license to work is two months, and after you get the pass for the casino it lasts six months, therefore a good plan needs to be done in order for the casino to work properly without any interruptions.

Initiative Assembly of the Association of Gambling, which requested amendments to the Law on Personal Income Tax, still standing in parliament. This is because there is no unified position in the Ministry of Finance and the Department of games of chance. After the disputed regulation, income tax paid only by players who have the money in the betting, but not in the casino, and the tax base now includes payment, and not only gain.