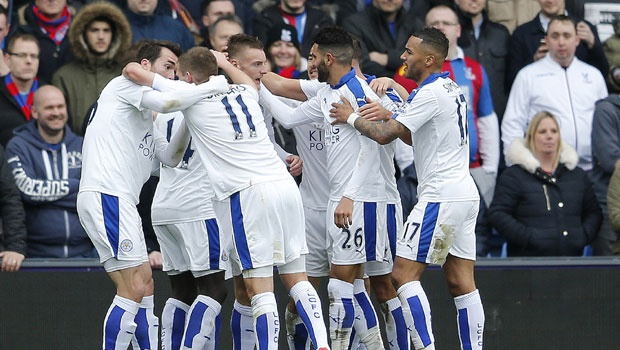 Lester’s players continued their trip to the title of champion of England, as they won away Crystal Palace, in the 30th round of the Premier League. Arsenal won away at Everton

Lester continued to pave the way towards the realization of a dream: Eight more rounds to heaven

Secret Lester is in good karma

Lester’s players continued their trip to the title of champion of England, as they won away Crystal Palace, in the 30th round of the Premier League.

Lester won 1: 0 and now has eight points ahead of the Tottenham, which plays with Bournemouth. A goal is scored in the 34th minute, when Daniel Drinkwater found Jamie Vardija on the left side of the penalty area, and he freed the guards and found Mr Riyad Mahrez, who put the ball in the net.

Kristal Palas in the second half to balance the field, but had good opportunities, while the “foxes” had two good chances, but there was no change in the results.

West Ham was close to winning at home against Chelsea, after 88 minutes led to 2: 1, but the home team equalized from the penalty.

“The Hammers” again took the lead 61 minutes into the bare Andrew Carroll but Fabregas has once again scored the tying goal from a penalty after 88 minutes.

West Ham had a chance to at least temporarily clear the fourth place, since the Manchester City game tomorrow, but it is this point remained fifth with one point less than “citizens”.

Chelsea scored its 14th consecutive championship match without defeat, and is now 10th in the standings with 41 points.

Norwich broke the run of 10 games without a win, since today is away West Bromwich won with 1: 0, so that there are now three points clear of Sunderland, and even two games more.

Stoke’s away win Watford 2: 1, preserving the hope that it will be able to qualify for European competitions. The team now has four points behind West Ham in fifth place.

The Arsenal beat Everton are at home with 2: 0 in the 31st round of the Premier League.

Scorers were Danny Welbeck in the seventh and Alex Ivobi 42 minutes.

Arsenal celebrated after three games without a win and occupies third place in the standings of the English Championship with 55 points, three fewer than Tottenham, a leading eight of Lester.

Jackpot bet online is always here to present you with the latest news and games. The premier league is getting more and more fun and with 7 more rounds to be played and the title race is more and more interesting. Follow us to be informed about all the happenings.