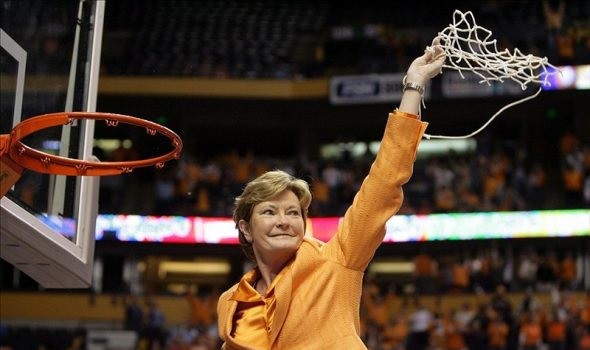 The one of the coach who revolutionized womens basket ball in US especially in Tennessee is Pat Summitt. It is really sad that the world of basket ball misses her from last Tuesday as she expired due to sickness. She is the best ever coach in the country with successful and long standing winning records.

She had been coaching the womens basket ball team for long term span of 38 years and she is called as legendary coach. The womens basket ball board of Tennessee says that the state and the team are blessed to have such a coach with super energy that impacted the players of the team to great extent.

She was in het twenties when she started coaching career since then she led the team to greater success in all the levels. After two years joining the womens basket ball of Tennessee as a head coach, she co-captained the US Women’s basket ball team and during that time they won Silver medal in the Olympics of the year 1976. In the successive year she won gold medal as a coach of US womens basket ball team.

With the record of wining one thousand and hundred games with eight championships she is praised as the one of the best, successful and influential coach ever. Most of the players who played under her leadership have become professional basket ball players and they gave the credits to Pat for her impact in their basket ball career.

She was suffering from Alzheimer’s disease for the past five years and had been under medications. At the age of 64, she lost her last breath last Tuesday which shocked the entire basket ball industry and the womens basket ball board of Tennessee. Not only Tennessee, the entire Americans have been feeling due to her death.

The American president Barrack Obama said that she has been quite a pioneer with winning as her attitude which she fed to the team members and players and always loved and treated the team as her family. He said that she is being a role model to his daughters and also for most of Americans.

She along with her players have stayed with opponent teams training place as they were not afford to pay for staying in hotel, even then they made many remarkable victories. She retired from coaching when she was diagnosed to have disease.

Most of the current coaches and the former players say that in US, womens basket ball is the most watched school and college sports and it is Pat who made such an impact to womens basket ball and school sports. The Olympic gold medalist Kara Lawson has played under the training of Pat Summit in which she is proud of and says I am heartbroken of her death.