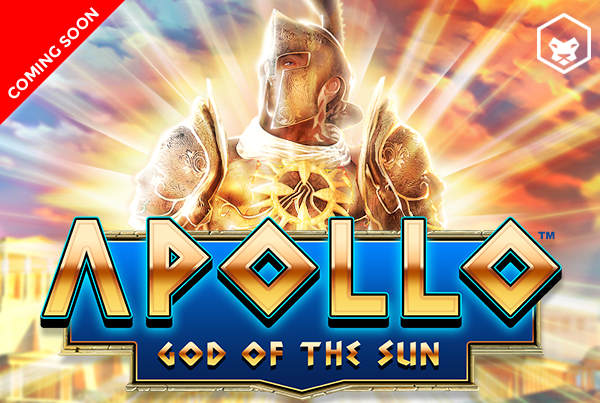 It is a first for the publisher of casino games Leander Games that to tackle the theme of the gods of ancient Greece. It is now done (and very elegantly) through the new Apollo slot machine, God of the Sun .

Apollo is, among other assignments, the Greek god of arts, music, song, poetry, masculine beauty or healing. And yes, nothing else … It was therefore legitimate to dedicate a slot machine to him! A truce of jokes, we know that the universe of ancient Greece is a source of inspiration for the publishers of casino games, as we have already seen through machines such as Hot as Hades, Minautorus, or Still in Secrets of Atlantis.

The Apollo Slot Machine, God of the Sun by Leander

Already, one sees that from the point of view of the developer Leander Games, Apollo is “simply ” the god of the sun. We say “simply” figuratively, because in any case it inspired them a superb video slot.

The five scrolls of the machine are laid on an arid plain on which rise Greek temples. To the left of the reels stands proudly Apollo, dressed in his sparkling armor and helmet of warrior. The structure of the machine is incorporated in the form of a period construction with two columns which surround the rollers. In the background scroll clouds under the sunlight that illustrates the day passing.

On the reels you will find symbols of Greek columns, Apollo’s combat helmet, ancient vases, busts of the god Apollo, scatters, bonus symbols and wilds as well as figures of playing cards.

The game functions of the Apollo machine, God of the Sun

The god Apollo has the ability to add two columns of wilds symbols on the reels, randomly, to help you grow your winnings as high as the sun.

Finally, 3 bonus symbols representing the Apollo Muse will allow you to activate the game function “Music Muse “in which the player will have to choose among musical instruments to create winnings.

In addition, a progressive jackpot brings the final touch to this dazzling slot machine.