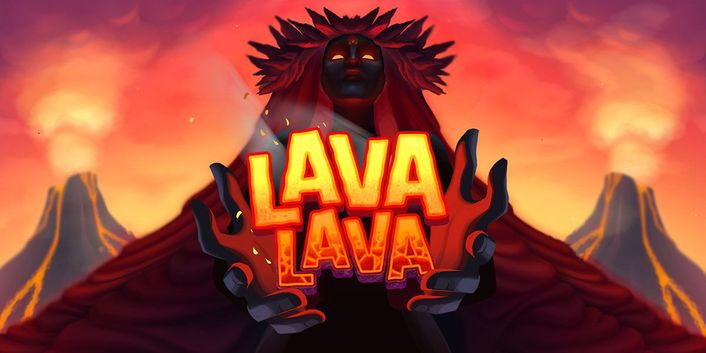 Thunderkick is a name I always connect with cutting-edge visuals. They usually release slot machines that are both visually appealing and entertaining to play. One of their future titles is Lava Lava, and I expect the tropical island volcano-themed design to be equally as good as the ones from prior titles. In the past, this creator hasn’t shied away from very rewarding games, and I expect the same from this one.

Lava Lava has 5×3 reels with symbols set in a raging inferno, allowing for 15 winning combinations to form on as many active lines as there are active lines. You should expect a slot machine with a fantastic top reward of 10,000x your stake and an RTP of 96.14 percent. With an Avalanche mechanic, multiplier wilds, scatters, and free spins with sticky wilds, this game is extremely risky.

The standard betting range is employed in the Lava Lava slot, which means you may start with as little as $0.10 and go up to $100 every spin.

Players have taught developers that highly volatile slot machines are acceptable as long as the payouts are proportional to the risk. Thunderkick isn’t immune to the trend, as in Lava Lava, players can compete for top prizes worth 10,000x the round’s bet.

The fact that the slot has an RTP range means that the payouts can fluctuate depending on the casino’s choices. The RTP of 96.14 percent, which is the highest available, is the one to look for.

Features of the Lava Lava Slot

In modern online slots, the Avalanche is a well-known feature that is utilised to remove winning symbols and replace them with new ones. In Lava Lava, they tackle things a little differently, as avalanches are only triggered by scatters in the base game. Once the free spins begin, winning combos do the same.

While wild symbols can pay as much as the top symbol when forming their own combinations, they are considerably more likely to assist you as substitutions. They can do this even if they only appear once on the reels, as long as they do so in a position where they can replace another symbol and assist form a new combination. The size of the multiplier applied to winnings is determined by the number of wilds that appear on the same line. They can be as low as 2x for one wild to as high as 32x for five wilds (2x multiplier from each one, and the values are multiplied with each other).

You’ll get scatters here, which you must collect when they appear in order to activate the free spins. Each scatter, on the other hand, removes symbols from the same row and reel as it, causing an Avalanche.

You’ll get 5 free spins if you gather three scatters. You can get up to three wilds on the reels, which you can use for the next three avalanches. After then, they are deleted.

Surrounded by erupting volcanoes, the arrangement features 5×3 reels with symbols shown as cubes falling on top of one another. It’s an attractive design, with six Royals as some of the symbols and representations of numerous idols/monsters as the top ones.

Lava Lava is a fun slot machine that has a good blend of bonus features, high payouts, and current aesthetics.