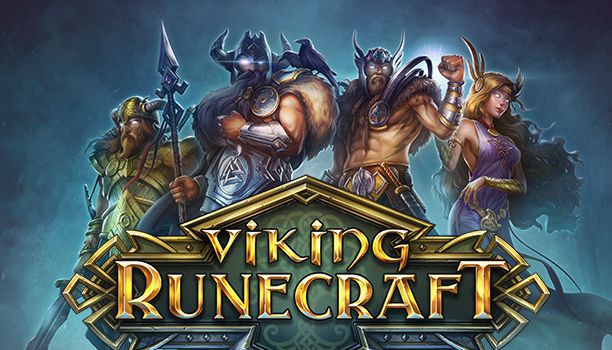 Viking Runecraft is a very special slot machine developed by Play’n Go. This amazingly entertaining and lucrative title will be released on April 27, 2017.

The Play’n Go casino software provider will never stop impressing players with the entertaining titles it brings to the market, and it is now with the Viking Runecraft slot machine that it intends to make their happiness. After a very successful 2016, the prestigious Swedish company, which was born in 1997, started this new exercise on the spot by offering the Prissy Princess slot machine, and it is already following this new production which promises beautiful things. If we were to refer to his name, we could conclude that this is an umpteenth title, the theme of which is the Vikings, but this is not the case, as this game has nothing to do with The other productions of the genre, especially at the level of the playability.

As the name and background of the game reveal a huge wave, Viking Runecraft brings players back to a distant time, more precisely that of Scandinavian civilization. This is a period that has profoundly marked the history of mankind, and it is not surprising that many suppliers are inspired to develop slot machines. However, Play’n Go has demolished its title of the mass by adding a special touch. His masterpiece is indeed a combination of two of his hit games, namely Gemix and Cloud Quest. Consequently, in place of rotations, you will be entitled to symbols that fall cascades on the reels. On the other hand, apart from the weapons of war that beautifully depict the Scandinavian culture, all the icons that you will see appear on the screen are represented in a style that sticks rather well with the theme tackled here, which is excellent.

To win the winnings on the Viking Runecraft slot machine, you only have to form a pattern consisting of at least 5 identical symbols connected to each other, either vertically or horizontally. Once a winning combination is obtained, the symbols involved disappear, and others fall on the reels to replace them. Opportunities for gain are not lacking here. There are several levels that you can unlock during your sessions, which means more features, and therefore more winnings. Among these features, there are multipliers, free spins, and so on. For example, the gauge on the left side of your screen can fill up to help you trigger one of the 4 parts Fury of Fenrir, Lure of Loki, Scorching of Surtr and Judgment of Jormungandr. These additional features are designed to allow players to accumulate even more winnings.

The Wild Sultan casino is one of the best platforms powered by the software provider Play’n Go, and you can play this fabulous title right from the start. On this site you will have the opportunity to enjoy an excellent 100% bonus up to 100 € on your first deposit, and you will be entertained in an environment where comfort and security are the key words. So, create a real money account right now at the Wild Sultan casino to take advantage of the many features of the Viking Runecraft slot once it’s available.