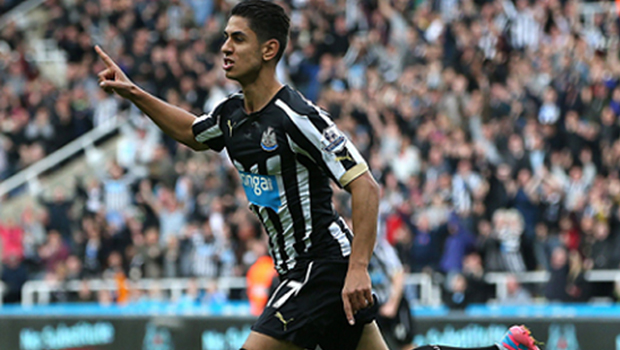 Despite the closure of the August transfer window, various teams have been linked with a number of several key players across the globe. The clubs have an eye in the strengthening of the squads come January transfer window. With the continuous fading and form diminishing of striker and skipper Wayne Rooney, Head Coach Louis van Gaal has eyed Newcastle hit man Ayoze Perez as a possible replacement. Nonetheless, Manchester United would face a stiff competition from Tottenham Spurs for the Spanish signature.

Since the start of last season, Chelsea winger Eden Hazard has been on the spotlight to mighty Real Madrid. The Premier League player of the year who helped Jose Mourinho’s men crown the English Champions has been ranked third best player behind Lionel Messi and Cristiano Ronaldo. With this, Real Madrid’s president Fiorentino Perez has been fighting hard to land the Belgium international. If Hazard joins the Spanish giants, Mourinho would be keen to have Sevilla’s Yevhen Konoplyanka as a possible replacement.

Despite making a number of new signing including having a new management team led by former Dortmund coach Jurgen Klopp, Liverpool will further strengthen their squad with a number of familiar faces on their list. First is Ghanaian striker Andre Ayew who moved from Olympique Marseille to Swansea at the beginning of the season. The team also wants to recruit Ajax’s Anwar El Ghazi as well as Empoli’s Riccardo Saponara.

With a stiff competition from ex-Chelsea goalkeeper Petr Cech, Colombian David Ospina may tend to look for more playing time with Marseille a possible club to land him in January. Arsenal have again being linked with Athletico Madrid star Antoine Griezmann. The gunners have for long being eying the France international but if they are unable to lure him from the Spanish capital, they will try to sign Dynamo Moscow forward Aleksandr Kokorin.

With a shady start in the current season, Real Sociedad will be looking to end their relation with former Everton and Manchester United boss David Moyes. However, this would be not be the end of his coaching career as English side Aston Villa are eying Moyes as the man to propel the team forward.