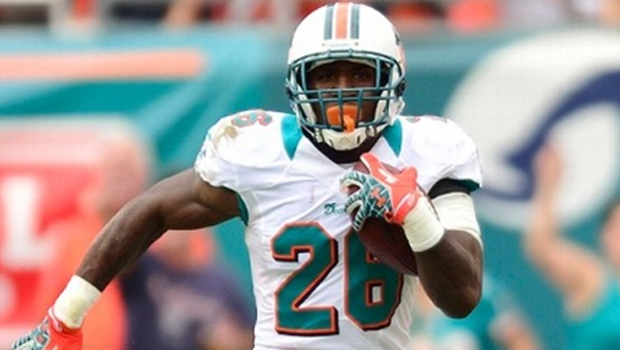 Lamar Miller claims that it is the high time he pushes his career to the breaking point where he would deliver twice as expected. This comes from a guy who made 1,099 yards run and eight touchdowns last season. He also got a total of 216 carries which was almost the same figure he has achieved in the previous two seasons of 226 before 2014 season. This brought him second with an average of 5.1 carries to top of the list Justin Forsett who had an average of 5.4.

Miller who also achieved 38 passes for 275 yards and a touchdown claimed that his previous season motivates him to do well in the current season. He claimed to be more ready for this season claims to be more productive to his team. He is more focused in making over 300 carries for his team The Dolphins this season and possibly breaks the standing record of 392 carries that was set in 2003 by Ricky Williams. He claimed that despite being run back by a committee; he will be much ready to adopt the challenge of having the highest number of carries to his team.

Dolphins coach Joe Philbin claimed that their main aim would be utilizing their players especially the offensive players who would score points for the team. He added that they would go to an extent of according one player with the responsibility of hitting 22 carries per game and achieve a target of 350 carries by the end of the season.

Miller is also focused to be among the two elites; Williams (2002-03) and Larry Csonka (1971-73) in the series to ever rush more than 1000 yards in two successive seasons. To achieve this, Miller must accept the responsibility of being Dolphin’s No.1 back the way he was at the University of Miami.

He claims that his mindset hasn’t changed since his varsity times and that being the eldest among his fellow teammates give him a chance to train hard and increase his pace day in, day out. His second-year offensive coordinator Bill Lazor claims that Miller is very keen to instructions given and he just takes up the role of a team leader who is swift from the backfield and very decisive.