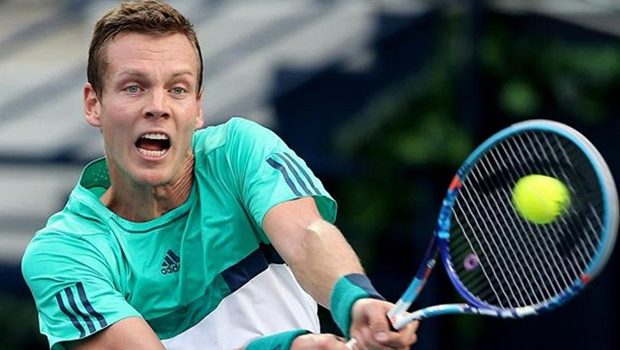 Tomas Berdych for the second time in a short time was not enough for young Australian Nick kyrgios. After the defeat last week in Marseille Czech representative with Kyrgios also lost today in the quarterfinals of the tournament in Dubai. This time on the sets 4: 6, 4: 6th The tournament is over world number one Novak Djokovic, who due to problems with the eye match with Spaniard Feliciano Lopez after losing the first set 3: 6th The Serb then came a series of 17 tournaments in which he played in the finals.

Motivated Berdych wanted to repay his twenty Australian defeats last week. But came into the match pitch. Engagement is initiated then double-faulted and then after the loss of administration. In the ensuing game, the Czech Davis Cup representative, although drafted four brejkboly, but failed to use them.

Kyrgios in the opening set and returned great majority of exchanges after the second administration Berdych gained for himself. In between gamma was then allowed to be treated by a physiotherapist, because from the beginning of the match complaining of back pain. Medical intervention helped Kyrgios has added vigor to his strokes and won the opening set as in Marseille 6: 4th

“He plays great and riding the wave. Now it is difficult to stop him,” he quoted Berdych server ATP Tour. Kyrgios said he did not feel well before the game. “I guess I was in the evening a little poisoned meal and I was not in top form. Exercise am therefore surprised. Thomas is a hardworking player, a dangerous and very professional, so I’m glad I was able to showcase such a great performance. I managed to take advantage of the chances that came , “added the Australian.

Djokovic in a match with López had to treat eye, but eventually the match continued. My opponent said that he has eye inflammation.

Bitter Pill had the winner of this year’s Australian Open to swallow day after the duel with Malik Džazírím Tunisians celebrated the jubilee 700th win on the ATP Tour, which he managed a twelfth tennis player in history. Just 13 wins away from a settlement of the balance of his coach Boris Becker.

Azarenka withdrew from the tournament in Acapulco

Number one seeded Belarusian Victoria Azarenka withdrew from the tournament due to injury in Acapulco. Former world number one has an injured left wrist and let go without a fight and the quarterfinals Slovakian Dominika Cibulkova.

Now health problems while Azarenka went wrong the last two seasons, to the year’s profit, however, came the title in Brisbane. Trophy on the WTA picked up a total of eighteen, including two victories at the Australian Open in 2012 and 2013.

Also men’s singles in Acapulco came in the second round of the tournament leader, while defending champion. Spaniard David Ferrer was not enough to Alexandr Dolgopolov and Ukrainians succumbed twice 4: 6th He also finished second last year’s runner-Japanese Kei Nishikori after losing 4: 6 and 3: 6 American Sam Querreyem.