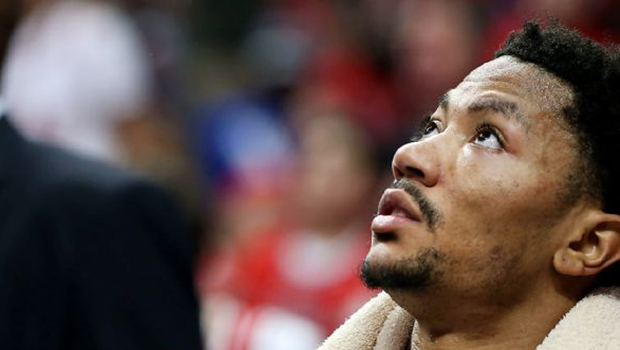 Kobe Bryant in history, Derrick Rose’s teammates behind him

Kobe Bryant made it in the history once again, but this time on the negative site. He set the record for most missed field goals in a NBA career on the Lakers’107-102 defeat to Grizzlies. The Los Angeles Lakers star went in the history in with 6:22 left on the clock in the last quarter of their defeat game against Memphis Grizzlies. He missed a 14 foot jump from the left side of the field, giving him 13 418 career missed field goals, one more than Boston Celtics legend John Havlicek. Kobe Bryant finished the game with 13 421 misses, and in the interview after the game he smiled and said that he doesn’t follow that kind of stuff. He added and repeated that he is a shooting guard in his 19th year in the NBA, making an alibi out of it. Los Angeles Lakers Coach Byron Scott said that he doesn’t are about it, and is sure that Kobe doesn’t care either. He defended Bryant against critics who said that Kobe Bryant shoots too much, saying that the critics are there to critic. If the doesn’t shoot too much they say that he is the shooting guard, he needs to shoot. If he shoots too much than they say he shoots too much. Every guard has misses, if he doesn’t he is not a good one, or he does not shoot enough.

Pau Gasol, who came to Bulls after a successful season in LA Lakers, said that he hasn’t been around for long, but from what he was able to see so far, Derrick Rose is fully committed to the team Gasol and Dunleavy said that they hadn’t personally hear nor read what Rose said in the Tuesday.