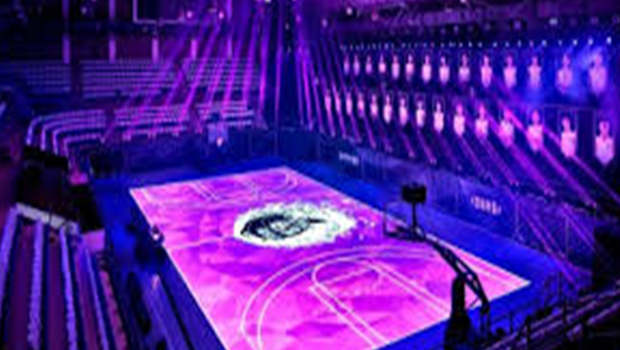 Basketball is having fairly straightforward rules, but younger player can easily forget some rules. It is a team sport; it consists of two teams each with five players. A hoop is elevated above the ground with a distance of 10 ft where the players need to shoot the ball to get score. The court of the basketball is rectangular shape with hoop at each end. Mid-court line segregates the court in to two main sections. Behind the mid-court line, the offensive team places the ball then the defence team gets the ball. Every player moves the ball in the court in the direction of the basket by dribbling and passing. Offense is the team who is holding the ball and defense is the team without the ball. The defense team try to contest shots, steal the ball, garner rebounds, deflect and steal passes from the offense team.

The team gets 2 points when they makes a basket then the ball will go to the other team. If a field goal or basket is made on the three-point arc outside then 3 points worth to the basket. 1 point is worth for free throwing. A team is awarded a free throw according to certain format which involves a type of foul committed or/and number of fouls devoted in a half. Each game consists of two sections and two halves all levels. Between halves the teams gets several minutes gap, quarters gaps are relatively short. At the end of regulation if the game is tied then overtime periods are played until a winner is selected. To defend, every team is allocated a goal or basket; this means other than the allocated basket is their scoring basket. The game starts by placing each one player from two teams at the centre court. Among the two, the referee will toss the ball up. The player who gets the ball in his hand is the team wins the toss, it is known as tip-off. Through violation or foul a player can try to get the ball from the conflicting player.

Personal fouls include illegal physical contact such as pushing, hitting, holding, slapping or illegal pick. If a player is fouled then he will awarded 3 free throws. If a player is fouled although not shooting, the ball goes to the fouled team was committed upon. They have the ball at the nearby to the baseline or side, out-of-bounds and they get only 5 seconds to exceed the ball into the court. The fouled player gets 2 free throws if a team committed 10 or more fouls. If a player runs over or pushes another player then the ball is given to the foul committed player’s team. Opponent violent contact includes kicking, hitting and punching. Intentional foul is a player creates physical contact with the opposite team player without any reasonable effort. Technical foul is a type of foul committed by a coach or a player. Violations in basketball involve walking, carrying, held ball, double dribble, backcourt violation, goaltending and time restrictions.