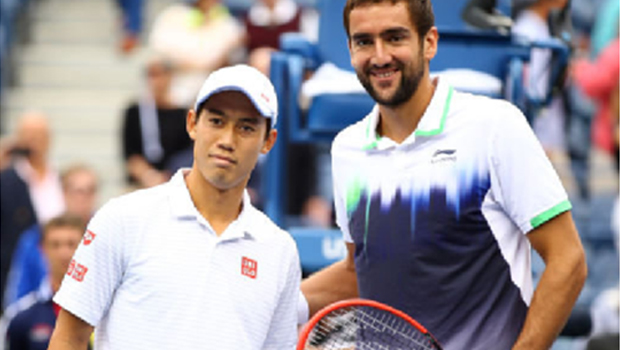 Marin Cilic and Kei Nishikori are scheduled to face each other in their second match in the Washington Opens. This will be an anticipating match with the winner having an upper hand. This comes due to the fact that the two have been seeded in the same pot alongside Britain’s Andy Murray who is expected to pose a great threat in the pot. However, Murray also faces great danger with the two players grouped together and concentration and vigor will be called upon when he faces the two ATP top listed in attempt to be clinch the title.

Cilic and Nishikori will be determined to fight for a win when they face each other and will also display their talents and skills that will be a sign and caution to Murray whom the two will face later in the tournament. However, before any of the coming face to face with Murray, they will play a match each with other pot members. Nishikori will face Australian James Duckworth whereas Cilic comes head on with Korean Hyeon Chung.

Nishikori who is ranked fifth overall by the ATP while his compatriot Cilic ranked eighth in the ATP list have come head on in several occasions. The recent meeting came again on the American soil during the US Open final staged at Flushing Meadows where Cilic clinched the win narrowly. The Japanese will be determined to show the Croat that it was just a slip that made him lose their previous encounter while Cilic will try to show him that he is too strong and has the capability of thrashing him for the second time in a row.

In another match, the downgrading Lleyton Hewitt will come head to head with John-Patrick as the two open their Washington Open title chase. Many ATP players are focused to clinch the annual US Open title and will be active across their matches. The games will be broadcasted live on Sky Sport towards the end of August.

There are three American players who will battle it out in their own home soil in front of their home crowds. Jack Sock faces Belgium’s Ruben Bemelmans; Donald Young battles out with Canadian 12th seed Vasek Pospisil while Sam Querrey locks horns with Japan’s Go Soeda. In the doubles category, Marcos Baghdatis and Alexandr Dolgopolov take on Guido Pella and Tim Smyczek.